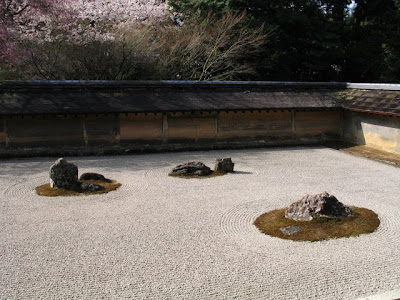 My partner, who I shall call LS from now on, is a fount of knowledge on many things Japanese, mostly because he lived in Japan as a conservator for 20 years.  Well not exactly all that time, for when he arrived, age 20 and penniless, he became a Zen Buddhist lay monk at the Ryozen-an temple in Kyoto,  I think he found the strictures a bit hard, but his tales from this particular period are interesting.
He lived in a small hut just by the gardens of the temple, very cold and seemingly full of strange large insects such as a 6 inch poisonous centipede (fancy all those little legs scurrying over you at night) and an outside hole in a hut for a loo.  He starved on a diet of peanut butter and apples so I am informed, there was no money for food but the small amount his father sent monthly plus any money made teaching English to Japanese students.

Now this was the decade of the 1960s, when everything was on the move, young people were not only 'hippyish' but were also actively seeking out new religions and beliefs, my own half-brother, who was a so-called drug addict, was occasionally brought back to my grandfathers house to 'dry out' from squats in London, or even at one stage someone had to go to India to bring, or at least to rescue him from I suspect a 'guru' and his menage. My Canadian sister-in-law later on was also to go seeking a guru on some Pacific Island leaving behind her 3 children and husband, so this touched many families.

But I stray from the subject matter of the title, Ruth Fuller Sasaki, who intrigued me and was the person who invited LS to be a lay monk after he had written to her.  She was American and in a way was influential behind the movement of Buddhism in America in the 1950s, she had married a Buddhist priest, Sasaki though he died within a year but he was one of the first Japanese masters to teach Buddhism in America a Japanese Rinzai (one of three sects of Zen)  roshi (old teacher, old master); explanations are sometimes necessary! so Sasaki was a teacher of Rinzai.

When Ruth Fuller settled in Kyoto she became a priestess at the large Daitoku-ji temple which had 22 sub-temples, one of which was the Ryozen-an temple, she did not fulfil the role of a priestess however because as she said "because I was a foreigner, a woman, untrained in temple procedures, and because I needed the years left me to carry on the work of spreading Zen to the west." 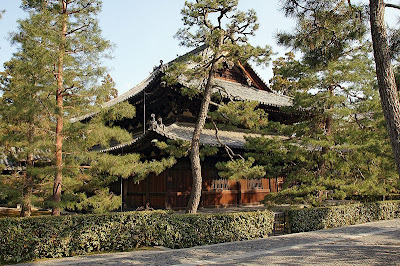 
At Ryozen-an, apart from LS, there were other western lay-monks, Gary Snyder for one, and as he is a great hero of mine I was intrigued as to what he was like.  He lived in a small house in the larger precincts of Daitoku-ji, with his then wife, a poet called Joanne Kyger,*  As he was bi-lingual he was, with two other Americans, translating the works of an earlier monk under the leadership of Ruth Fuller, called the "Record of Rinzai".  Now this was in 1961, and apparently Ruth Fuller accused one of the Americans of stealing the text, Snyder resigned in protest, and it looks like he took a trip to India at this point with Joanne, for he wrote a book called "Passage through India", which was reissued in 2007.

LS did'nt go to Kyoto till 1966, so Gary Snyder must have returned by then and continued his translating at the Ryozen-an temple, apparently he had a large motor bike, on which he would take friends either up the hills or down into town to a coffee shop. Hopefully in November this year we will take a trip to see the temples. Everyone's life moved on, two of LSs friends have moved to Hawai, another back to America to make pots.  His life also sounds interesting, for he built a wooden house at a place called Bizen so that he could make pots and fire them in his kiln.  There is an old news article about Ruth Fuller, which LS found yesterday, she is tall and graceful in her monk robes and rather beautiful.

Like my previous article on the green 'back to the earth' movements written earlier, there was a corresponding, and very much stronger movement in America, a backlash also against the Vietnamese war.

Photos from Wikipedia Creative Commons
* Though apparently he was'nt married to Joanne for long and had remarried a Japanese girl; 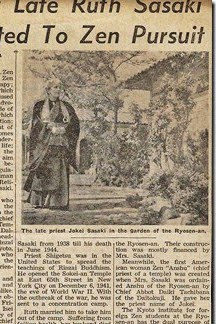