Exciting news story about a Wessex Saxon princess hit the headlines this morning. The bones of Edith came home for a brief spell to Bristol University earlier on this year to be dated. Her bones had been found in her tomb in Magdesburg Cathedral, Germany, something of a rarity. The details of the story is in the above link, suffice it to say that her grandfather was Alfred the Great, and her father Edward the Elder, who had had three wives and 17 children!
Edith was the child of the first marriage, and seem to have followed her father round Wessex, this is shown through strontium testing of her teeth, but when her father divorced her mother they were both put into a nunnery until she was sent abroad to be the wife of the Holy Roman Emperor, Otto I, in 929 AD .
Her half brother Athelstan became king of England, but it is Edmund his half brother (and hers) and his untimely death at the age of 25 at Pucklechurch that reminded me of the little church of Abson a couple of miles away.
Some Dates of the reign of the Wessex Kings
Alfred the Great 871-899
Edward the Elder 899-924
Aethelstan the Glorious 924-939
Edmund the Magnificent 939-946
Edmund was very young when he died, though he had fathered three children by the age of 25. He used to come to Pucklechurch to a hunting lodge there and it was here that he was knifed and killed by Leoff a banished robber. Leoff had been ordered out of the lodge and a fight had broken out, Edmund came to the aid of his men and was then fatally wounded., he was buried at Glastonbury and the lands of Pucklechurch (Pucelandcyrcan) manor was granted to some monks from there.
Abson land a couple of miles down the road also came under the ownership of the monks, and the little church of Abson has hidden in its stonework some original Saxon stonework, one of which is the very unusual male sheela-ne-gig. History is written in the stones of the church, a pointed arch doorway and an earlier Norman round doorway show the alterations over the years, the small fragments of the earlier Saxon stonework used in a probable utilitarian manner. 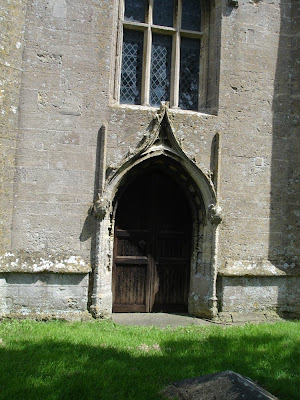 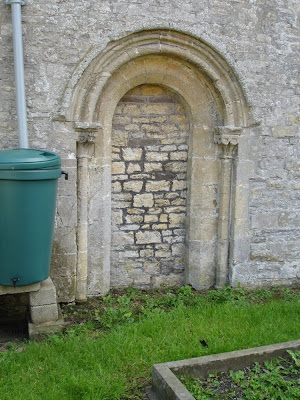 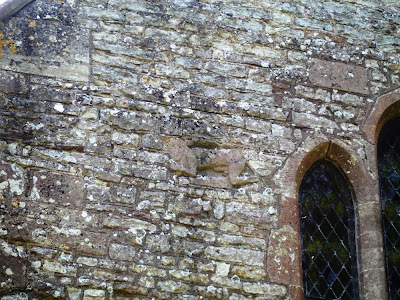 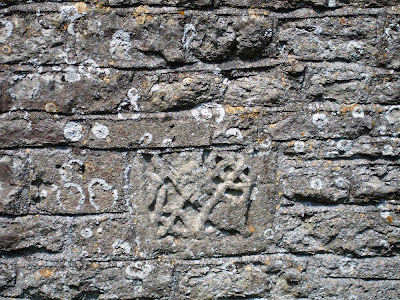 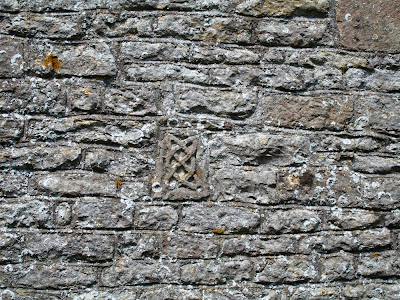