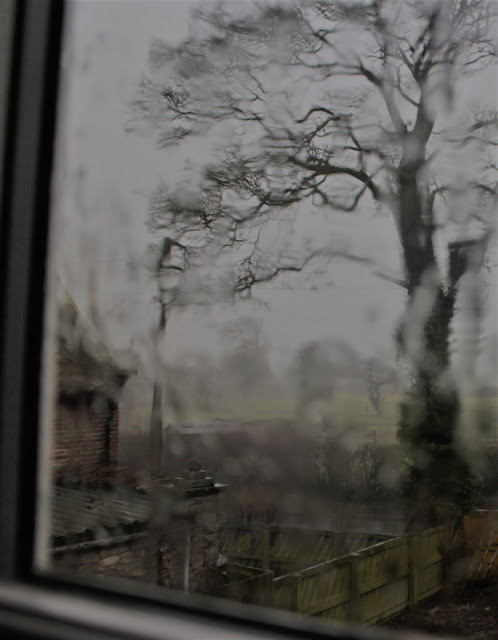 This is how the weather is, rain spattered windows, a sharp westerly wind continuously blowing, but life was enlivened by my daughter and Lillie coming for the weekend.  Karen my daughter is a manager for two TIA shops, (greyhounds rescue) and she is on her phone most of the time, directing from a distance.  She tells us tales of the people who come into the shop.  Last week for instance  an oldish man came in with a companion, he wanted a shirt, picked one told that it was £5 but handed over £200 to the shop.  Apparently, according to his companion, because the man was rich he handed out money to all animal charities..
This is the time for the 1970s in Egdon Bridge, bright, colourful and cheerful, so anything that has the 70s age flies off the shelf.  Of course there are people at the other end of the scale as well, so she always puts a £1 rail up, and at the end of the day a box full of stuff out onto the pavement with everything free inside.  A mother and her little boy came, not well off and the mother wanted to buy a china horse in the window for the boy, the mother tried to negotiate a lower price, which is not really on but the boy was so in love with the horse, so in the end K halved the price.  Charity shops are very evident in all town high street centres now, a second way of shopping or passing the time of day away.  Perhaps they reflect that we have too much 'stuff'. 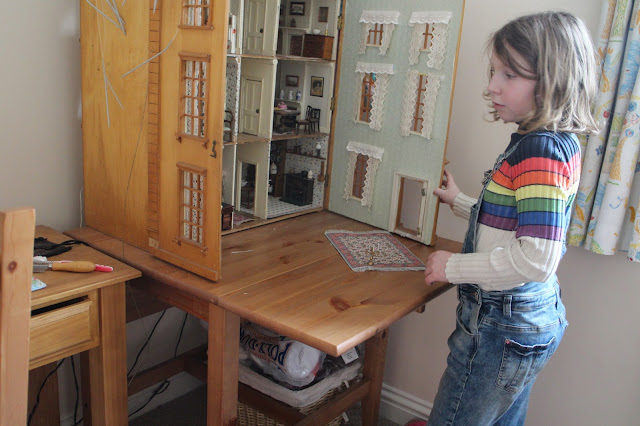 Lillie and I took the dogs for a walk, Teddy, a whippet always has to be kept on the lead, because he is a great chaser, the hens would not stand a chance with him.  Lucy gets on with him, having first established who is top dog in the household, and he takes over her fur basket for the weekend.  She will not sleep in it anymore because of his occupancy, even though we have washed it several times.

We had people dropping in on Friday, one for eggs which was Christine, and the other Jim, our retired tax accountant.  Tales of the Howards of Castle Howard, actually apparently he is an earl.  But Jim was scathing about the way the gentry dodge taxes, in this instance....

Earlier this year, the Castle Howard estate won a high-profile case against HMRC at the Court of Appeal, with a landmark ruling that the custodians should pay no capital gains tax on the £9.4million sale of a portrait by Sir Joshua Reynolds.

And the elder brother forces out his younger sibling in the year 2014.  Though the exuberant journalism of the Daily Mail takes some believing, and I notice a year later, the brothers are selling some of the treasures of Castle Howard for upkeep - so working together.