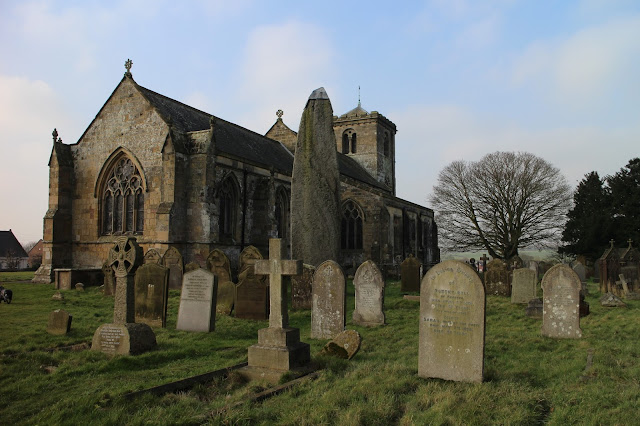 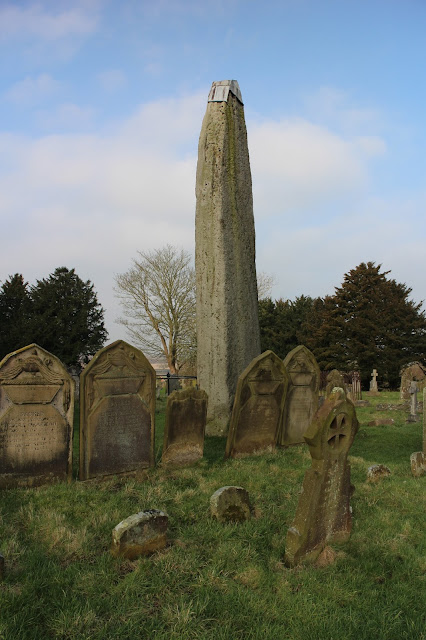 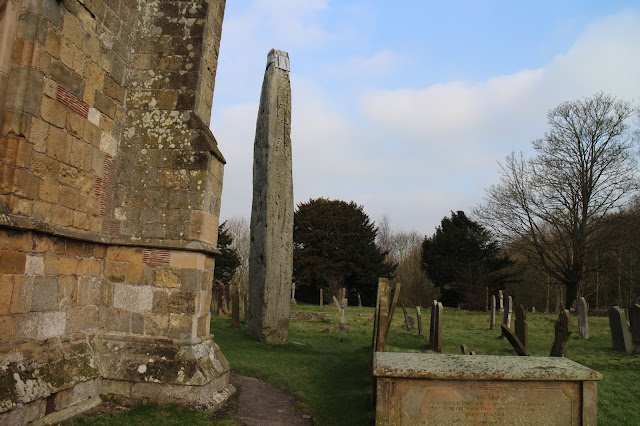 The weather warms up and LS says we need to mark Valentine's day, how about going to the Rudston Monolith, which we did.  This tall, 26 feet, stone stands next to the church.  Christianity has overthrown paganism, or has it? the reason is obvious why it is still in situ, probably weighing in at about 40 tons, it would have been impossible to move.  We wander around amongst the gravestones the reluctant Lucy, she just hates leaving a warm car for the cold outside, carrying her own lead not too sure which of us to follow. 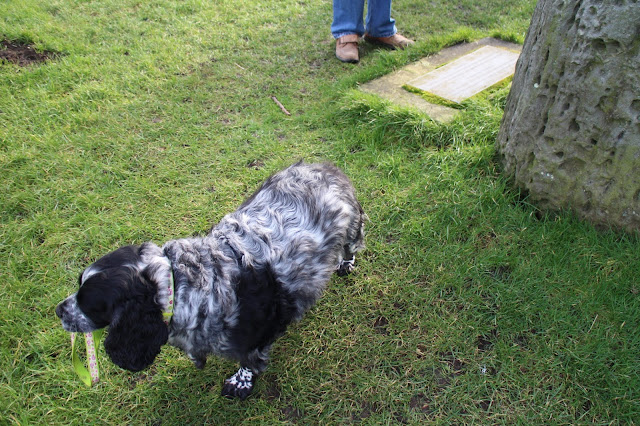 The church and the stone sit on a hill, the Gypsey Race runs at the foot of the hill, and I begin to wonder what the stone might be facing in the landscape, somewhat obscured by the trees and church.
Looking up the now destroyed Obelisk stone at Avebury, at 21 feet height, according to Stukley, and the theory has been put forward that the phallic Obelisk stone could have been facing a female stone, in this interpretation, the sun annual round would have united the two stones in a long mating shadow.


Today only an odd stone sits in the North corner of the church yard, which may have been removed from a nearby barrow.  There is also a cist, broken stones with a dark mossy surface to be seen.

We also stopped and photographed Duggleby Howe an old barrow, that had a central shaft dug out, as had Willy Howe, which we did not see.  There is an early excavation report that the Rudston Monolith had the same depth in the earth as it was on top, which is remarkable if it is true.

Now the Gypsey Race goes through Duggleby and Rudston villages, it seems to take its journey sometimes appearing above ground other places below ground. 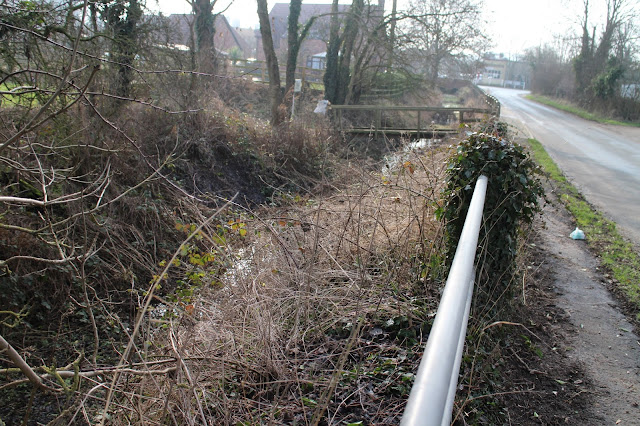 Stopped for coffee at Sledmere House, which we shall visit the gardens in the summer,  but not the house. The village was surrounded by brick walls and very regimented houses, showing the iron authority of the lordship/landlord of the place in past times.... 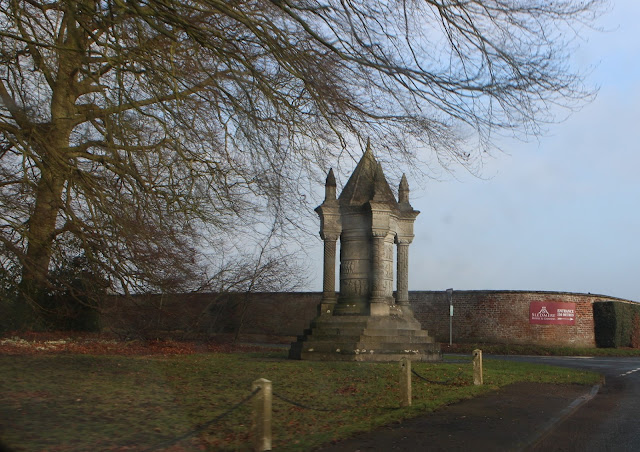 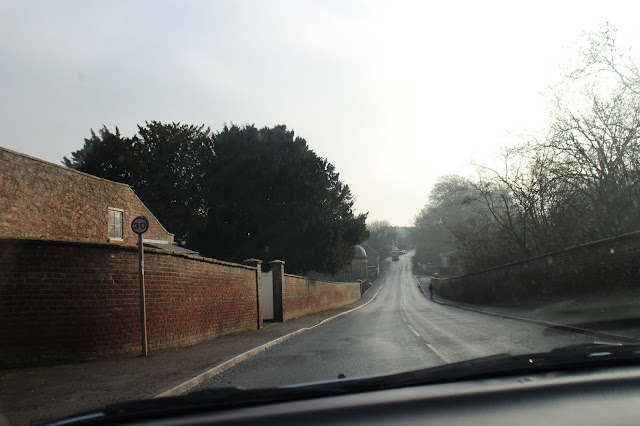 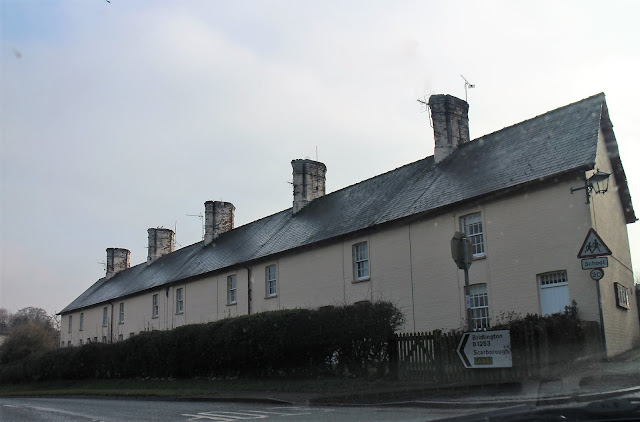 Notes; Willie Howe seems to have left the usually pragmatic Greenwell mystified. He remarked'Throughout the whole course of my barrow explorations I have never met with anything that I can compare with this mound. It was of more than ordinary size and constructed at the expense of much labour ... Until I opened Willie Howe I had always disbelieved in the erection of such memorials as cenotaphs at the time when these barrows were constructed. That supposition appears, however, to be countenanced by the experience of this mound, and I am forced to admit the possibility that this very large mass of chalk stones was thrown up merely to commemorate, and not to contain the body of, some great personage' (from 'Recent Research in Barrows in Yorkshire, Wiltshire, Berkshire etc' - Rev. William Greenwell 1890). This pit discovered by Greenwell as well as the method of construction and size of Willie Howe would suggest a parallel with Duggleby Howe which stands close to the source of the Gypsey Race just over 10 miles away to the southwest and both barrows along with Ba'l Hill at Wold Newton, the monolith at Rudstone and a number of barrow cemeteries close to the Great Wolds Valley would point to the whole area being a focus of activity during prehistory.
http://www.stone-circles.org.uk/stone/rudstonmap.htm