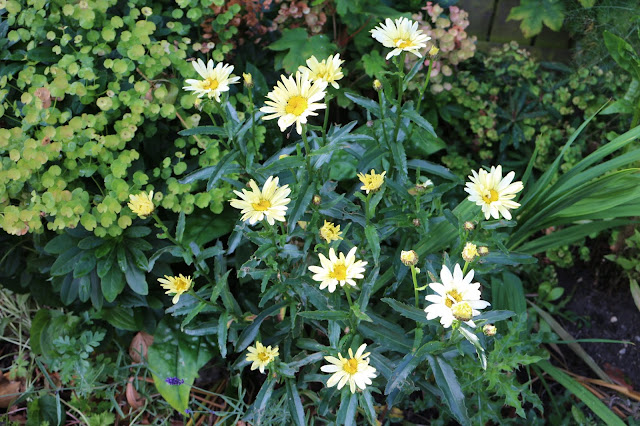 Can it get more depressing?  Well my heart goes out to the people of Whaley Bridge as the dam threatens their small town.  The infrastructure of the dam is 19th century, so perhaps was not unexpected given that nature has become more fierce.  As the Yorkshire Dales will no doubt recover, perhaps Yorkshire Day was an unfortunate time to be held.  But no troubles, the tourists are flocking to Britain, Chinese especially, and Japanese, though getting no further than the city of York.  There is a new word 'staycation' which means people who stay in their own country for holidays.  A friend came the other day who is doing three home holidays this year, she takes the train to Glasgow today, then up to Oban to catch the boat that will travel round the Scottish Islands.

Well less depressing, the conservatives have only one majority in government, 'luckily' they are all going off on holiday for I believe 6 weeks, so will not have to worry.  Oops perhaps they should we leave Europe on October 31st!  Especially as there has also been a Liberal win in Wales....

Well the garden bed of roses has gone white, snapdragons, cosmos and the shasta daisies give that effect, but I have no planting for autumn, which must be addressed.  Next year it will be a wild display of dahlias, perhaps the cactus type.

Butterflies of the coloured types have decorated the buddleia shrubs, a frog sitting quietly under the milk basket on the front doorstep and a little mouse in the recycling box.  Also last night the sound of an owl, and I hoped that my mouse was not its dinner.  Insects galore in the garden, the hover wasp is grateful for the two plantings of fennel. 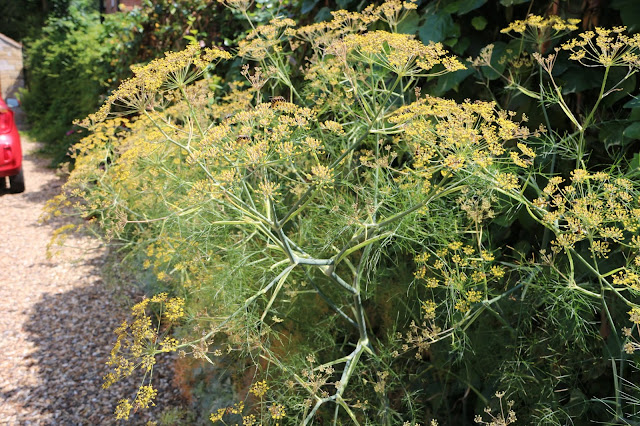