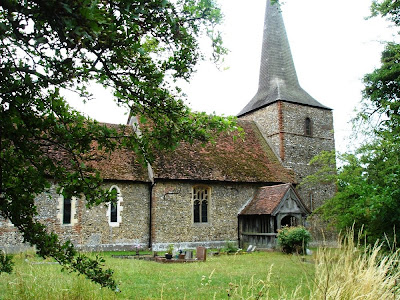 This little church was a couple of miles on from Terling village. It actually is quite a surprise for all the 13th century medieval paintings on the walls. These were discovered late 19th century and more were uncovered in the early 2oth century. You can see the chisel marks as the plaster was gouged out.

The church itself has a somewhat neglected air, its in need of Friends of Friendless Churches, though services are still held there. The grave yard is unmown and there are hardly any flowers, wild or otherwise to freshen the place up. Sitting in the porch reading about the paintings, dry leaves and moss scuttled around the floor at our feet, this early drop of leaves is a bit worrying but the countryside on the whole still looks green.

What is noticeable about the tower of the church is the enormous amount of Roman brick and tile that has been used in the building material, the quoins are practically made up of Roman stuff. It says in the church literature that a Roman villa was nearby, and it gives one pause for thought that when the church was built, probably in the 12th century, such ruined buildings still stood in the landscape. England is peaceful now, but the subsequent conquests first by the Romans, then Saxons and then the Normans shows colonisation has and always will be an ongoing process. The A12, or the old Roman road lies a few miles away, the road along which Boudicca and her hundreds of thousands of followers marched to wreak vengeance on the Romans in Colchester and London. 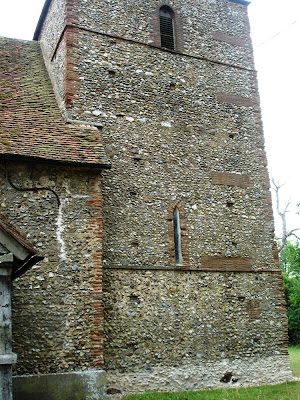 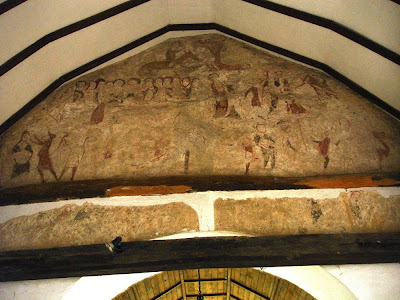 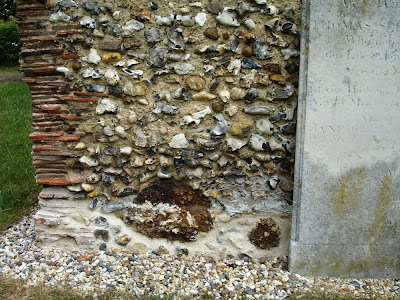 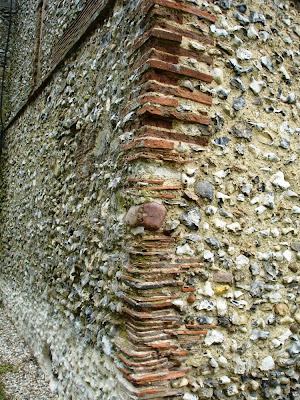 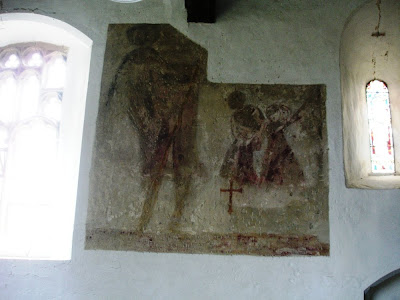 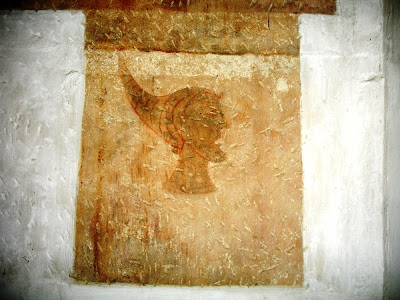 This is a painting that was not remarked upon in the above article on the religious art, perhaps its because its a head of a man - with a rather funny hat - that was contemporary at the time, maybe even the painter!