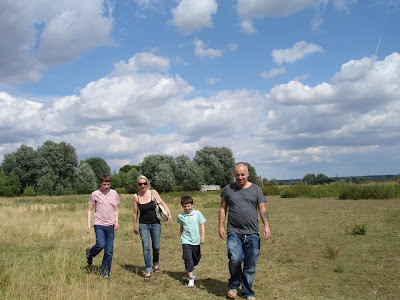 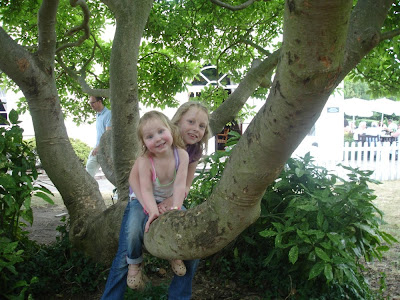 The family have gone, arrived safely back in Whitby last night, so I breath a sigh of relief and upload my photos, most of which have been taken by the children.

Not many of London, just the river for its peace and quiet compared to the millions of tourists that swarm everywhere. We managed an awful lot of sightseeing, the children hardly flagged all day, a long lunch at a Moulin Rouge restaurant ending with platefuls of chocolate pudding revived them. I don't like cities and crowds of people, so always knew the day would be an ordeal, the British Museum was packed, the Egyptian galleries are magnificent, but I love stone animals not mummified people, also impressed by the Greek marbles, but can almost see the argument for keeping them in this country though morally we should'nt, but they are displayed in a dramatic manner. The children slide over the funny surface of the Millenium Bridge on their way to the Tate Gallery, LS and I gave the galleries a miss, but managed to see The Globe Theatre.

Next Big Ben for Ben's sake, Houses of Parliament with armed police at the entrance and great black barriers all the way around. Politicians being interviewed and the protesters that had been evicted from their green a few days ago were still there now camped on the pavement, with their signs prominently displayed.

A long walk to Trafalgar Square taking in Downing Street on the way and the changing of the guards (scaring Lillie so that she will probably be frightened of smartly dressed soldiers for a long time yet). Poor men they were flagging in the heat of the sun. After Trafalgar another long walk to Tottenham Court tube station, unfortunately it was the rush hour, hot and terribly crowded, but Lillie was completely self possessed sitting on a rucksack at my feet as I panicked about the crush of people. A family ticket is a godsend, train, tube and bus are all covered and it worked out at about £7 each for eight of us, and pretty good connections all the time, no waiting around.
The second day was quiet, a walk down to the pub for lunch, unfortunately it happened to rain heavily (the first time for months) as we walked, so we ended up like drowned kittens and cats in the restaurant, but dried off during another long lunch. My daughter as she grew up was used to long family lunches in Blonay, dishing the gossip on family and friends so it brought back memories for her, and the children waited patiently for their food, as always finished by chocolate puddings swimming in icecream...
Its weird but by listening to another person's interpretation of a family event, you get a completely different perspective, it never ceases to amaze me, that when my Welsh friend comes over from America, that she can tell me facts about my own family that I never knew, and its the same with my daughter, our recollections of something that happened are often very different. 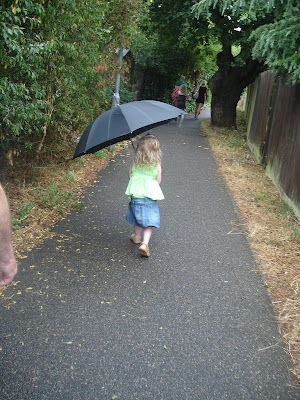 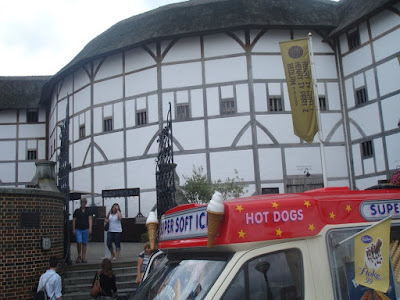 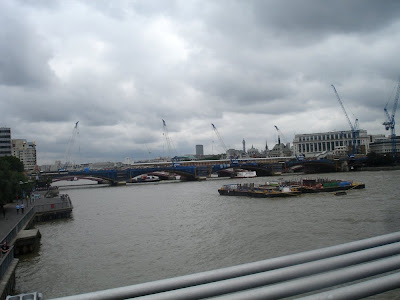 An untidy skyline of cranes 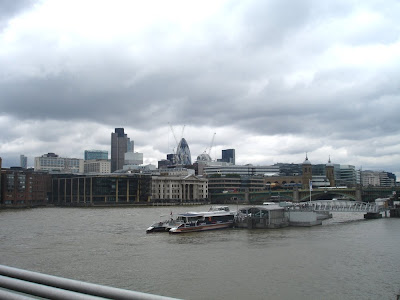 The other side of the Millenium bridge 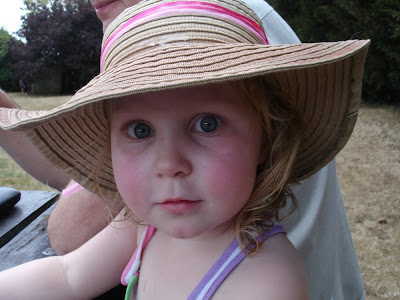