Today there has been a thunderstorm, and the ground has received at least some rain but it needs much, much more. Its tiring this weather, no time for long written blogs just two photos taken today. One of my loom work, the other of the white bowls with their different coloured pigments in the studio today. The white is ground oyster shell, reading an article on it it says that the oyster shells were aged before they were ground up for use as a paint. Pearls were also used in a similar fashion. Another thing I learnt today about Japanese culture, is that the hangingscrolls are put up on a temporary basis to reflect the season. Therefore you would never hang up a chrysanthmum scroll in spring, it would always be cherry blossom. So in a typical teahouse or room, the scroll would hang maybe just for the afternoon tea ceremony and then rolled and put away for years, so different to our Western culture of hanging pictures on the wall for years and years. I would'nt mind a teahouse in the garden, utter simplicity, no furniture, a mat on the floor and peace and quiet..bliss
And some music I came across in an old blog about 'Natural Places' its was composed during the protest against the motorway built under the Hill of Tara last year. Well its built now, though not much used according to Save Tara group, people don't want to pay the tolls ! well well. 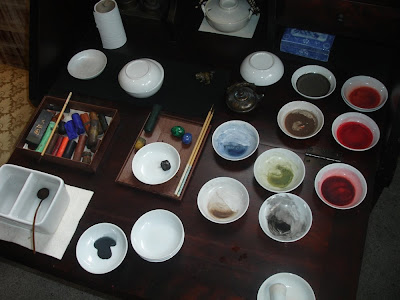 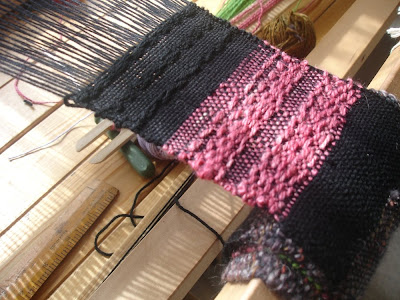