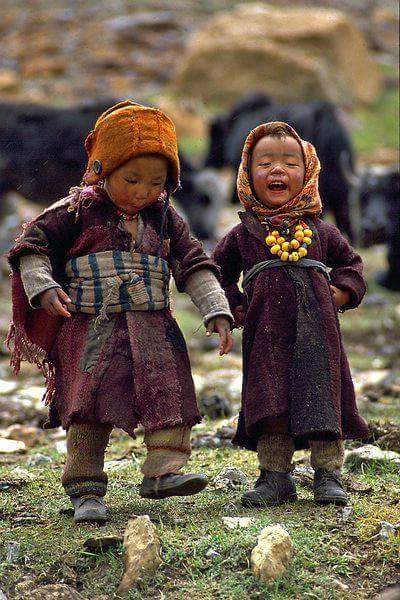 Are they not lovely, I took this photo from F/B, fascinated by what they are wearing, happy children, where I don't know, maybe Tibet they both wear beads.  Last night we watched Human Planet on BBC4, as a fisherman braved the Victoria Falls, and this chap tight roping across a raging torrent just to get fish for his family, incredibly brave. 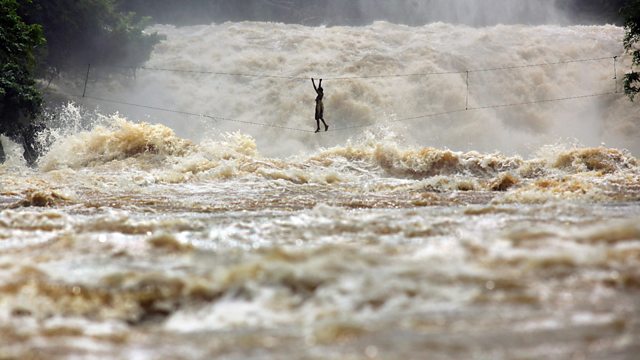 Different lives, but people seem to be happy with the life they have, here we mither about tax havens and the prime minister, all seemingly trivial when looked at from afar.

This morning was beautiful I took Lucy over the fields, and took photos of the bare branches of the trees, soon they will transform into greenery and summer will be with us in the early flush of June melting into August's rather tired greenery as it makes its way once more to Autumn.  The circle of the year.  I notice people commenting (Jennie for one) that their swallows have arrived, they are not here yet at the church though. 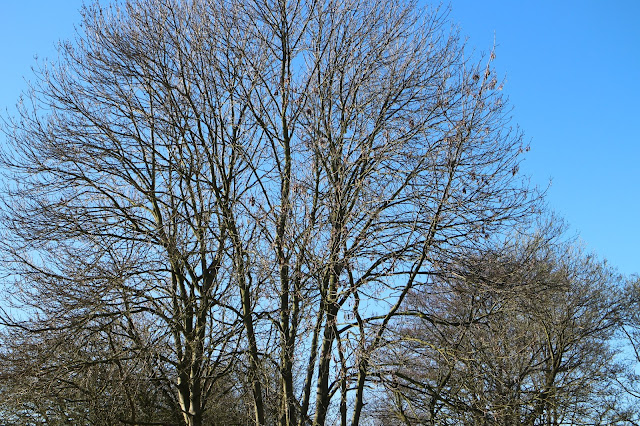 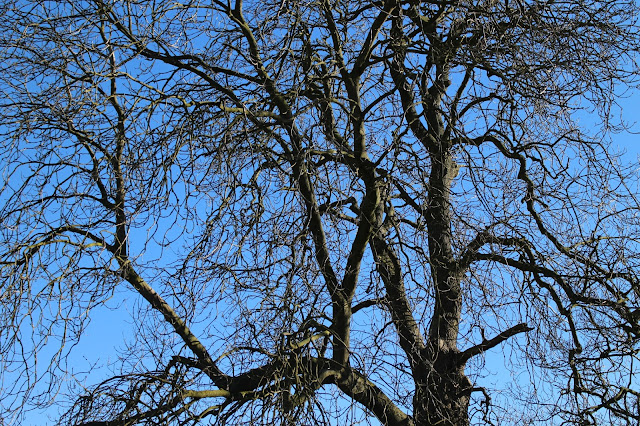 Some trees carry their age with dignity, the snapped off branch a reminder of a winter storm but the tracery of the branches etch into the blue of the sky are so beautiful.  I have not made a record of our visit to the dog rescue place.  It was very bleak when we eventually found it, had to drive down a farm track for about a mile passing two other farms.  When we got there it felt like a prison barracks, with wired cells.  Apparently they board animals as well, think Lucy would give up the ghost in such a setting but I suppose they are doing good work for stray dogs.  On offer was a chihuahua cross with a miniature pinscher pup, and two breeding females, C did not like them, and to me they hardly seem walking dogs, especially after her last dog was a spaniel, so we left leaving it in the air.
I have visited now three dog rescue places, and i must admit that the Dogs Trust with their indoor kennelling seems the happiest place for rescue dogs.