So hasn't there been a bounty in fruit this year, and the hawthorns are also weighed down. 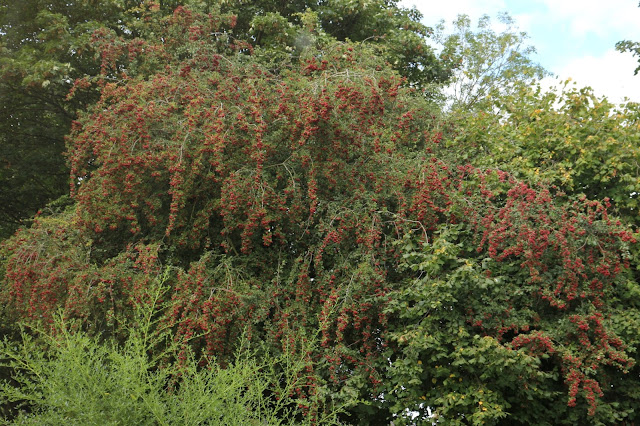 Two hares have arrived in the house, one a print, the other a book my daughter found in her shop.  The print was expensive but going on what the speaker at the talk said yesterday, please yourself when making a garden, you are not there to please others, it is not a competition.  So I am very happy with my hare print! 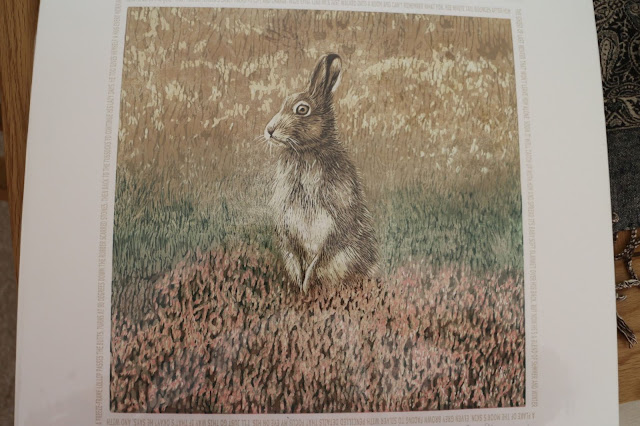 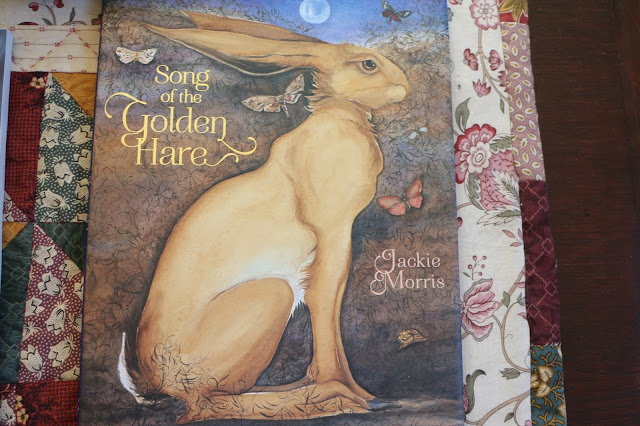 I have been to a couple of meeting this week, one at the U3A and the other a gardening talk.  I had thought of joining U3A (University of the Third Age) but decided not to for a number of reasons.  For a start looked at the book club books, on the book sale table and thought I would never ever read the books that appeared as half a dozen at a time.  Though I did toy with canasta evening at a hotel,  but it meant going out at night.  But the talk by Yorkshire Wildlife Trust was good.
The other meeting yesterday was a gardening club meet and the speaker had been replaced at short notice from a bonsai grower to someone who was going to talk on Unnatural Gardening.  He was very good, a scientist who knew his facts, and he gently pointed out (with the aid of the tooth fairy) how many of our ideas are wrong.  For instance, native flowers, often are not very native having crept into the country during the last centuries.
So natural gardening sold to us the last few years rests on slightly ignorant gardeners who sell us ideas not truth.  Irene who I had gone with when we got back presented me with another plum tree, which she had brought and then found there was nowhere to put in her garden, which was very generous of her.  It is a decent size, and I shall plant it when it becomes cooler.

And now to my last picture, Lucy fits the bill! Turning 11 years old has done nothing to curb her sprightliness and the sight of a plump cocker spaniel dancing around on the lawn, or playing ball in the kitchen (she won't play it anywhere else) or her crooked grin as she gets told off for once more being naughty, would exasperate the patience of a saint, but we are not changing her yet ;) 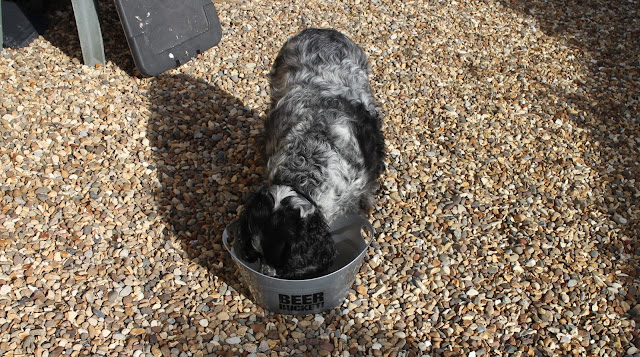 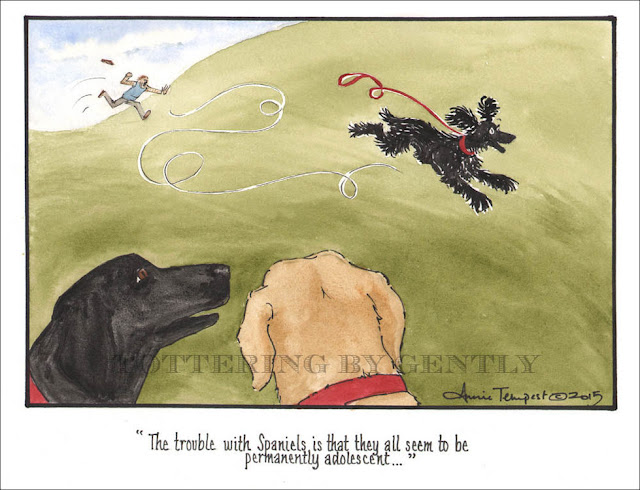 FT link, it may not work for those who do not subscribe


A taste; Brexit: a coup by one set of public schoolboys against another