A couple of quotes taken from the bottom of an email sent by a friend, do you do this?

'it is the mark of an educated mind to be able to entertain a thought without accepting it. ~ Aristotle'

#“El mundo no es dificil, lo hacemos dificil” (“The world is not difficult, but we make it so”). Quoted from Felix Quinteros by Carlos Magdalena in his book, The Plant Messiah.

Sorting my computer photos out over the last few days, I have lost some from the old computer, as it now longer works but I have two external hard drives with copies on of others.  That moment when you 'delete' is worrying on the computer.  For two weeks gmail did not work in normal mode, but I managed to retrieve it in 'incognito'.  Never even knew that incognito existed, everything goes black and a little comic man appears.
I am alone for the first time for years, it was weird at first but am settling down with Lucy for company, waiting for the paper which the milkman delivers.
Paul has kept in touch, Malton train late, luckily London train from York was late to.  He is staying in a comfortable hotel near the Barbican and off to visit family later on.  I should go and see C about picking the last green tomatoes in P greenhouse, but I really don't want to make chutney, no one eats it but me.

Funny sayings, things copied from the internet.  I find the following rather pretentious and stupid, always emphasising the difference between men and women doesn't really address the problem of equality.  The latest sheninagig from America sort of shows this.  The whole argument, picked up for political reasons, is wrong, Kavaunaugh may or may not have done this, its a long time back, but what of all those around him destroyed by such accusations.
News has become so salacious sometimes, does everything have to have a 'sex bias?' , you know the old Roman saying, "Circuses and Bread" or something similar to keep the populace happy, isn't sex fulfilling that now? 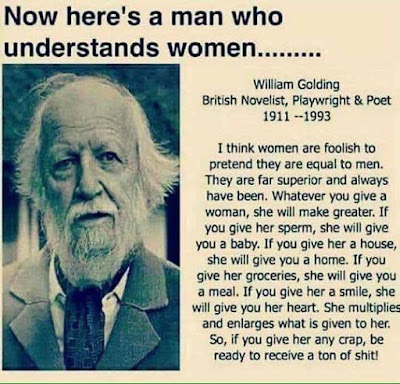 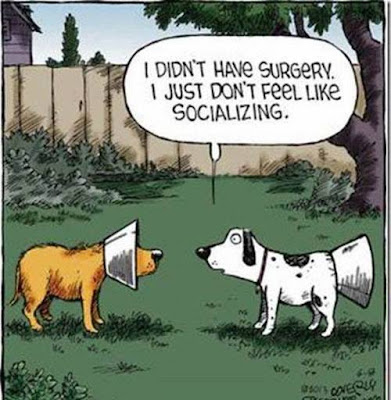