There are 7 round towered churches in Essex, the church below is one of them. The round tower is said to be built on Saxon foundations, with the very distinctive Norman archway, the building has a long history. The materials to be found in the tower are flint, roman tiles and puddingstone. 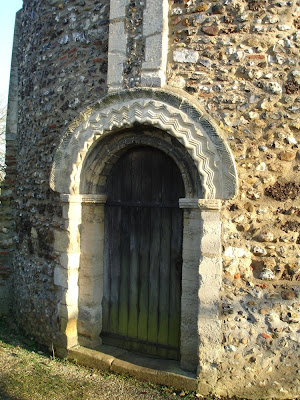 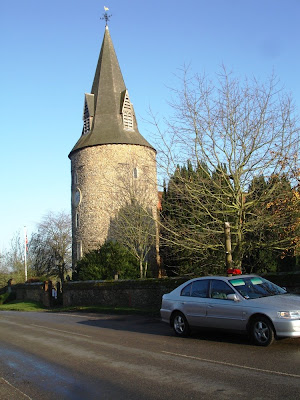 The church is very similar to the Broomfield church which also has a round tower; and of course an impressive saxon burial nearby. 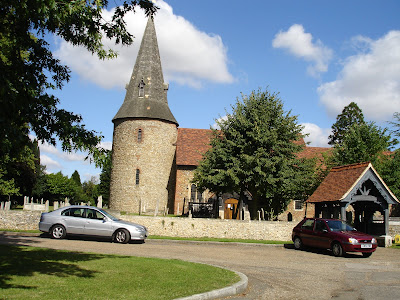 Puddingstone;
One of the motifs that run through these old Essex church buildings is the reuse of material, roman tile, old sarsens where appropiate, saxon stone, medieval tiles and puddingstone. It could be that the church builders incorporated something old into the new foundations of the church, or it could be that such materials were conveniently to hand, but the use of the black conglomerate stone of puddingstone is a mystery. There is a theory that there was a puddingstone trail that stretched from Essex to Wiltshire, the stones being used as waymarkers. But this stone can be found at Ingatestone church, Broomfield and the Great Leigh one, and I am sure many more if one was to look out for such stone. 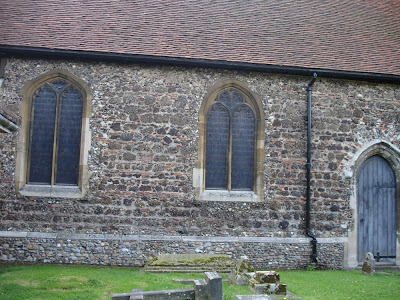 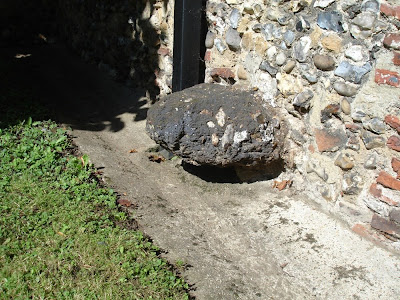