There was a time when I thought to upload something to my blog everyday, but that is not possible. So in a world that seems topsy-turvy, okay we are heading for a recession but just how did Madeoff slip through the net and produce the biggest scam of the century, and don't these greedy selfish people have any moral compass.. I give up and shall post some photos of one of my favourite places which is Carn Meyn, as there has also been a bluestone controversy raging and no I will not begin to explain it..take your pick, the bluestones either came via a glacier to be deposited on Salisbury Plain to be used at Stonehenge so that the prehistoric people could play around with making pretty patterns with the stones, or the bluestones were pushed, dragged, floated on boats and made that perilous journey by winding rivers and storm lashed seas!
To be quite honest and very subjective I think they came by sea, of course there may be a third option, Geoffrey of Monmouth has them flying over from Ireland by witch transport, and who am I to argue with some long dead writer of the 12th century.
So to the photos of that strange outcrop in the Preseli Mountains, source of so much dispute and speculation - O for H.G.Well's time travel machine............ 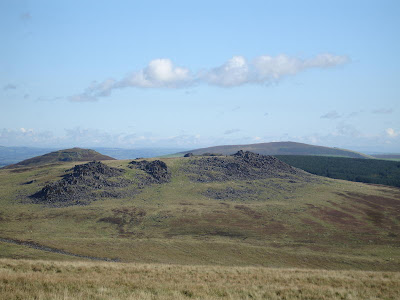 Carn Menyn source of the bluestones for Stonehenge 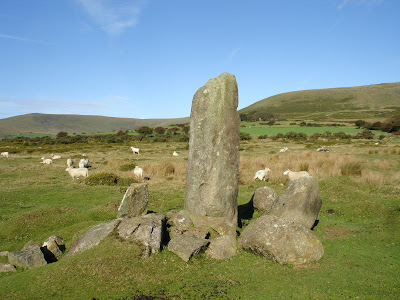 The bluestone moved in 1980 I think by helicopter 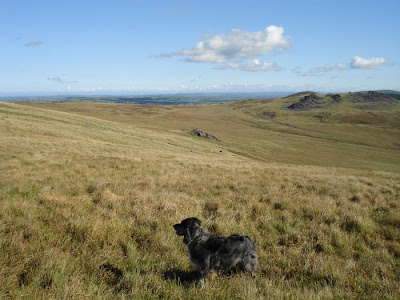 Moss in his homeland 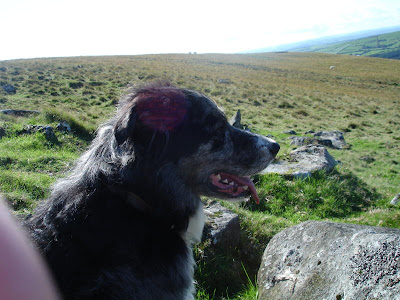 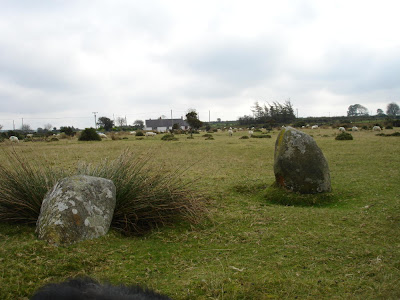 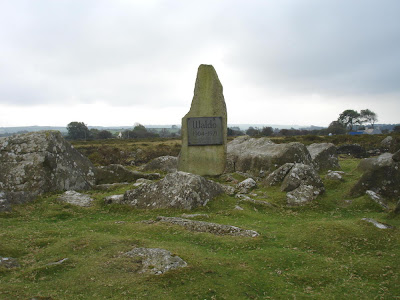 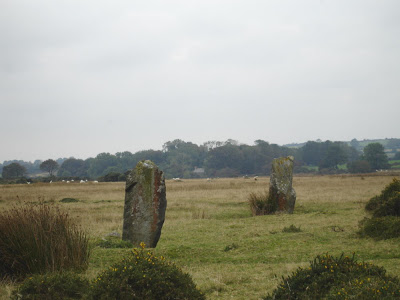 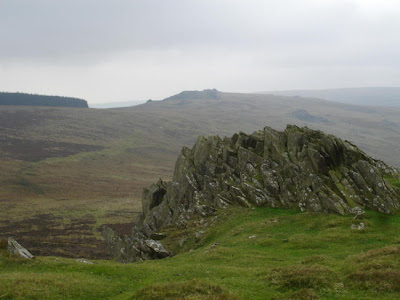 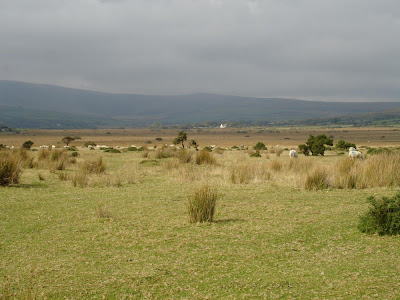 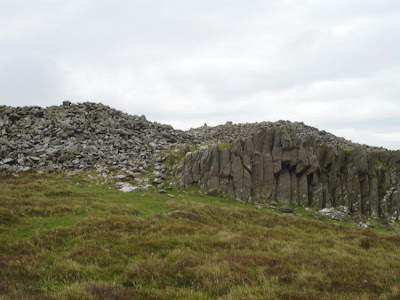 Wherever the argument may lead to these bluestones, whether Wainwright and Darvill are right and that Stonehenge was a healing centre, or that the stones were used in a purely decorative form remains to be seen. But there is a very strange air to this bare mystical place in the Preseli mountains and my money is on the bluestones being transported.