When they say interesting times, it is best to take note.  The pandemic will  fade into history it will have brought a lot of misery on its tail.  Yesterday I put a video on about the Newbury Road protestors but it brought back memories of the A46 protest in Bath.  How the young built their tree nests and slowly the strong armed methods of the contractors brought them down. 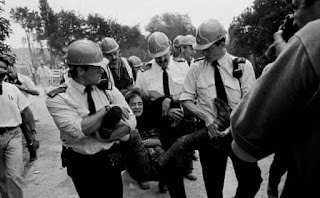 The young, often dispossessed and in need of something to protest over have often dominated the causes that need to be discussed and perhaps stopped.  What was destroyed by the Newbury bypass.....

The £66 million road was to be the most destructive road scheme in England. The six lane 12 mile road ploughed through rare healthland, ancient bogs, wildflower meadows & the River Kennet (one of England's most beautiful & unpolluted rivers). We lost twelve archaeological sites, nature reserves, an Area of Outstanding Natural Beauty & three Sites of Special Scientific Interest. Even the DoT's own Landscape Advisory Committee admitted that the bypass would be "massively destructive of a largely intimate landscape unable to absorb the impact of a major highway."

A few minutes off your car travel that was what was gained.  Well how are we going to read the long list of destruction that HS2 brings in its wake just to take a few minutes off the travel time between London and the North?  It must be noted that even a transport minister Norris  at the time of the Newbury bypass construction said afterwards (shocking coward) ....

At the time the Department of Transport insisted that the road was essential. But Mr Norris, who was transport minister between April 1992 & July 1996, now says he was sympathetic to the protesters at the time but did not speak out. He blames the Government's flawed transport policy for the bypass being built. "I think it's fair to say that the formula was more motorist-based than it should have been & that it didn't apply the same kind of cash values to environmental considerations which it did to motorists' inconvenience,"

We had a fracking confrontation up the road a year or so back in Kirkby Misperton, no tree villages just the ordinary people, young and old standing peacefully in protest mood outside the gates, with the police in attendance.  The company in question was already to frack on the farming land, its ownership passed to American company but  ownership was all about profit which sadly was  never realised. I am not going to say that the protest got rid of the company, the winds of change did that, fracking was obviously a no-no in this country, especially with the small earthquakes in Lancashire.

I have not followed the protest movement for the new rail line, perhaps I should but it will only be a sad tale of desecration, the government moving forward on a wretched venture and along the stretch people protesting against the loss of their woods, rivers, fields, and old trees.  The only safe place for old trees in this country is the country church yard!  Archaeology of course has to be legally upheld, but I doubt there will be anything to stop the  destruction. 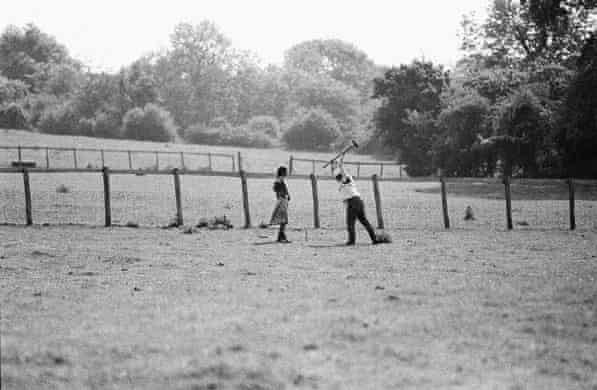 photos taken from here; Adrian Arbib's photos in the Guardian on the A46 protest

Tearing up a Turner's masterpiece

"Let it not be said,
and said unto your shame,
That there was beauty here,
before you came".
Sign at Newbury protest site