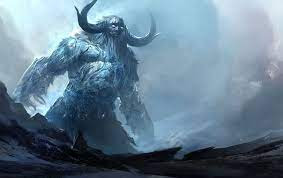 The Gods of the North are obviously stomping around somewhere.  Every morning waking up to ice and coldness is getting troublesome.  Put it down to Climate change, even Greta Thunberg cannot get rid of it.  Will we turn into one of those Northern countries, iced out of existence.  So I knit and crochet and curse my middle finger which is painful at the moment, I sliced a bit off on my mandoline slicer trying to imitate the potato dauphinoise Pat described.  I love this bit of kitchen miscellany, but it works so well and there you are slicing potatoes happily away and then your finger is there!
Finished my book on The Black Hill and looked up the word pastiche which seems the right word to describe Chatwin's writing, but nevertheless a cleverly written book.  There is a certain amount of analysis on the book, the twins in the book represents Chatwin's dual nature but I can't be bothered to go into the belly button contemplation that is so indicative of our modern society.
Shock and horror being expressed on the news, Labour has lost an important town, Hartlepool.  I am not surprised, Starmer as the 'safe' man definitely does not inspire.  One day, the 'South' will  stop dictating how this country is to be run and we will have a party that runs England in a sound manner.  Note I do not say the united countries of Great Britain, because they are all starting to pull away, Scotland, Wales and Northern Ireland - interesting times ahead.
Apart from feeling very down at the moment, I have also been watching the Scandi series The Killing, which does not help the mood. Dire, dark and snow everywhere and the plots are pretty nasty as well! ;)
Then of course there was this skirmish off Jersey.
Posted by thelma at Friday, May 07, 2021