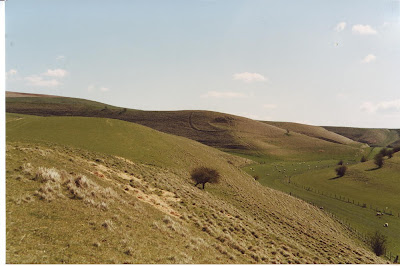 Historically through the written word we are able to do this, garnering past information from many sources. Its built record, farming legacy, even its prehistory is still littered around on the surface in the form of stones. Geographers can map the surface, geologists the rocks, folklore can tell its stories and religion its mythologies. A landscape therefore is a rich tapestry with many threads, catch one up and that will only be part of the story. In many ways this is a thought process, the seeing mind transforming it, sometimes in a logical fashion so that we can name its rocks and rivers, other times it is the artistic mind that creates poetry or paintings in an individual interpretation.
Chasing all these ideas leaves one confused, there is a multitude of voices giving vent to there particular ideas, our minds are creating stories all the times and so this would have been all through human history -which is after all a great vast storytelling epic.
We live in a westernised society that having banished its gods as both foolish and useless, we now turn to the narrow stimulation of the made up, both fiction and "reality", media of television.We have narrowly tunnelled our thinking in one direction, forgetting in the process that there may have been a reason why we have a spiritual side.
In art, as well as words, we dig deep into our psyche to reveal what we are trying to see or paint - gone is the surface image, the imagination is allowed to play down through the many layers of our thinking so someone like Paul Nash or John Piper will allow their images of prehistory to flow together in the painting, they are narrating their vision of a particular landscape.
(Compare them for instance with a Constable -faithful representation, or Gainsborough - greenery draped round portraiture.)
In this instance I am talking about their response to stones in the landscape, a response to the mythical religious nature of prehistory, the interpretation of neolithic people's vision - the otherworldliness we are unable to translate into words. Looking at chinese paintings of landscape, in which the view is again of the mind; a spiritual translation of rivers and mountains inhabited by spirits, caught in the artists picture so that waters tumble and pine trees are silhouetted against rocky crags and mountains. We are reminded that landscape is a place of peace and contemplation, the mind can rest easy in the natural world 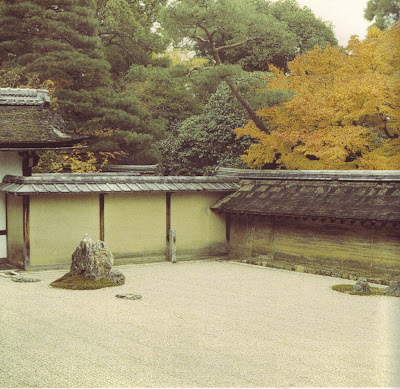 Words that shape and become one with the land and its flora and fauna brings to mind Ted Hughes and Alice Oswald, her poem The River Dart, follows its course and the people who use the river; her words echo the flow of a river tumbling over rocks, stranded in ponds, the whirling centre current of the river, and the slow motion of its backwaters interwoven with human lives......
I find you in the reeds,
a trickle coming out of a bank
a foal of a river
one step-width water
of linked stones
trills in the stones
glides in the trills
eels in the glides
in each eel
a fingerwidth of sea,
Hawk Roosting;
Between my hooked head and hooked feet:
Or in sleep rehearse perfect kills and eat.

Part two; Christopher Alexander is an architect, but through his books he tries to explain how we relate to what we see around us. The natural order of things is that everything in the world works in a particular way, it confirms to the spaces around from the centres of that which is organic, there is, for want of a better expression, a measured response in everything that is defined by a certain order of growth. Our minds unconsciously see this order as beautiful, that is why we respond to nature from, some would say our souls, others would say a deep underlying emotional feeling that gives us a sense of euphoria.This order can be seen in everything, whether a painting or pottery vase, our minds examines the patterns, the functionality, the space around the vase that gives it its shape; the shape itself must conform to an order of measurable value. This wholistic way of looking at things is the way our physical world defines itself, growing out from its centre, it moulds and creates patterns of great beauty and form, and it is this that we should be looking at as we make our own "personal" value judgments, for instance why does a great timber post found in an old temple, strike the eye as infinitely more satisfying than a roman stone column intricately designed.
Or indeed one of the old monasteries built on rocks, so that the building rises tall from their foundations imbedded in the natural rock, to soar to the sky, compare it to a high rise building in an American city, and the actual "life force" is lost.
He explains the word personal, our particular viewpoint, not as a selfish act of our own seeing, but something that deep inside us responds to that which is "personal" in the things around us, the "life force" of objects whether inaminate or animate.
I have chosen three photos to try to illustrate something of what I see in the landscape. The first is of Cherhill in Wiltshire, a downland swept bare by winds and hungry sheep, its curving shapes are fluid following the skyscape above. It is probably as near to what a neolithic person would have seen as he went about his daily business, its still holds a sense of wildness in its shape and form.The second photo is of a Japanese shrine garden, here Alexander would point out how they horizontal and vertical lines of the built environment contrast with the natural foliage of the trees kept in check by the walls. The absolute calm of the central area is underlined by its raked surface, the eye is drawn to the ridge and furrow of the surface. This calmness is emphasised by the placement of rock, the smaller trailing into the larger.The third photo is of a living form sculpture of stones set in a river bed, the eye is taken to the waterfall in the background. Drury has splayed his stones centred round a vortex, strangely there is something wrong with the composition, the conceptual balance is wrong.
Posted by thelma at Friday, May 18, 2007