Yellow hollyhock and a bee

Colour and cats should be the title. Yesterday we went for a ploughman's at the Cat's pub, a favourite haunt of ours. The yellow hollyhock caught my eye, and as an added bonus a pollen covered bumblebee was obviously in love with it too. I notice on my photos little beetles as well which I did'nt spot at the time, the hanging baskets were also glorious as well, as the large plastic cats sun themselves serenely in the garden. In a large shed round the corner of the house is also a fairground steam engine a photo of which is somewhere on my blog.  Picking lavender this morning to dry, I noticed again that there was shiny black beetles buried in the flowers,  I caught them on camera last year, and they were in fact beautifully coloured. 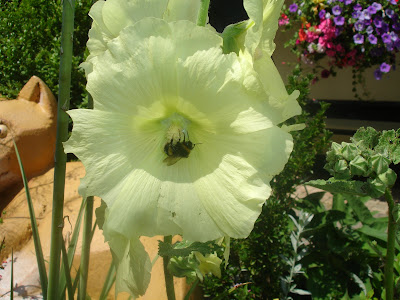 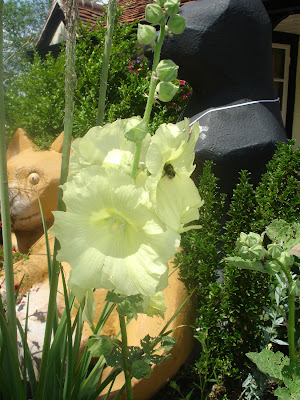 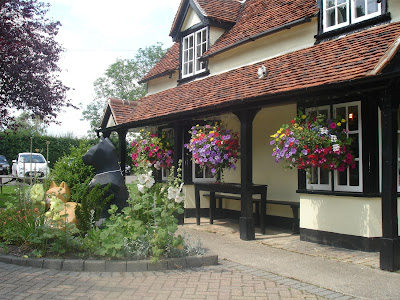 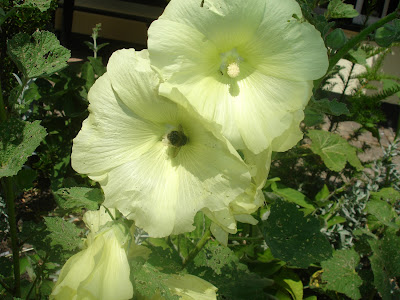