The weather has been so beautiful that it just deserves to be lived in, collage of the garden and a walk down to the river this week.  I call the pigeon Fred, dumb creature that he is, he wanders around with our three doves and the host of little sparrows that have been born this summer.  The pink Cape daisy unfolds its flowers every morning, till when you look down into their hearts the magnificent  force of nature reveals itself.
Lillie turns eight on this Friday the 13th, and in a week it will be the solstice, when the long nights of light will turn into darkness again.   Solstice is when the sun stands still!

There has been an interesting discussion elsewhere about why prehistoric people had their solstices, both winter (which is considered the most important) and summer. The stone's settings are the evidence that a calendar was needed in those times to herald the coming of light and warmth for the growing of crops. To make sense of their world, when the great glowing ball of the sun stood high in the sky, or when, as today, the full moon shone like a bright penny in the sky at night.

Elsewhere in the world on this day, chaos slowly unfolds as the East  falls apart on religious lines and one's heart can only break for the families and people who are thrown into refugee camps, and there is nothing to say that will make it better. 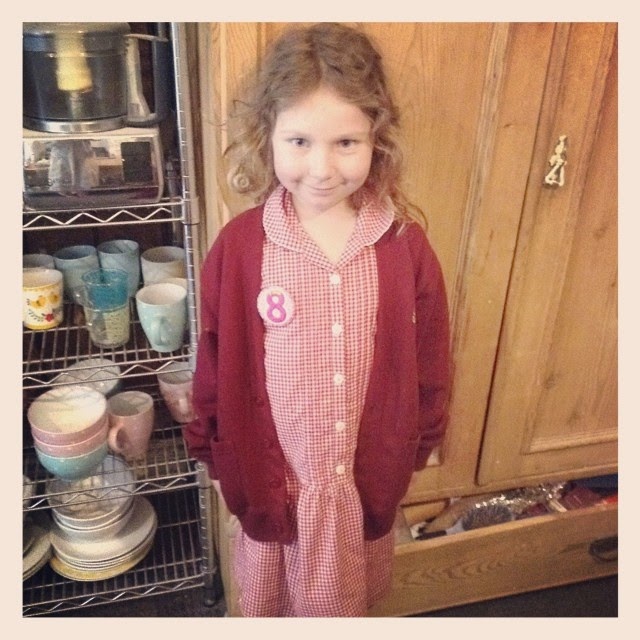 Birthday girl Lillie up  at 5.20 this morning ready for her birthday, she lives in a world of her own, dearly loved by everyone who meets her....