Queen of the Meadows


Wabi-sabi "If an object or expression can bring about, within us, a sense of serene melancholy and a spiritual longing, then that object could be said to be wabi-sabi " nurtures all that is authentic by acknowledging three simple realities: nothing lasts, nothing is finished, and nothing is perfect."

This definition fulfils the emotions I often feel, a sad melancholy for things past, for things that have a brief day of glory, such as the peonies that now lie fallen on the grass, their splendid show of petals bedraggled with brown spots.
Not to be too depressing I shall put up my photos from yesterday's walk,  LS had suggested it as I was not feeling too good and it did indeed cheer us both up.  We walked down to the park, ate our sandwiches and then strolled through the fields down to the river.  A different walk this one, the field is rape seed, now podding and silvery grey, the field edged with poppies and mallows grown to an enormous size.
The river with its boats tied up to small jetties was tranquil, I often think people buy boats on a whim and then leave them to rot gently on the water, there was one boat so dirty that it could not have been washed for the last three years, being advertised for sale for £3,500, tiny fry swam in the water, and the blue demoiselle darted around and the first dragonflies hawked the water, skimming low like little helicopters.
What strikes you in this month now is the changing of the light green of early summer to the deeper greens of midsummer, blackberry bushes are heavy with blossom, the elder flower is over, waiting for those dark purple berries of Autumn.  Meadowsweet scented one lane, growing in an old ditch and three piebald horses in an overgrown field of weeds grazed the scant grass, one had a young foal at heel.
This part of the Essex countryside, really falls into what I would call waste ground, abounding the river the land is overgrown and must be part of a flood plain, Sandford Mill, now a museum takes up quite a bit of the land, there is an air of dishevelment in the overgrown hedges, a faint hint of a once farmed landscape, the land is rutted in places, hopefully not waiting development. One bid for housing for land down by the river seems to have been stopped, though warning 'private' notices went up, which were immediately pulled down by the locals!  People cycle round this area, walk their dogs and walk generally just like us, it is a land that time left behind, Chelmsford Council is very generous in its grass verges and greens that surround the housing estates and I presume must own some of the acres that fall either side of the river Chelmer. 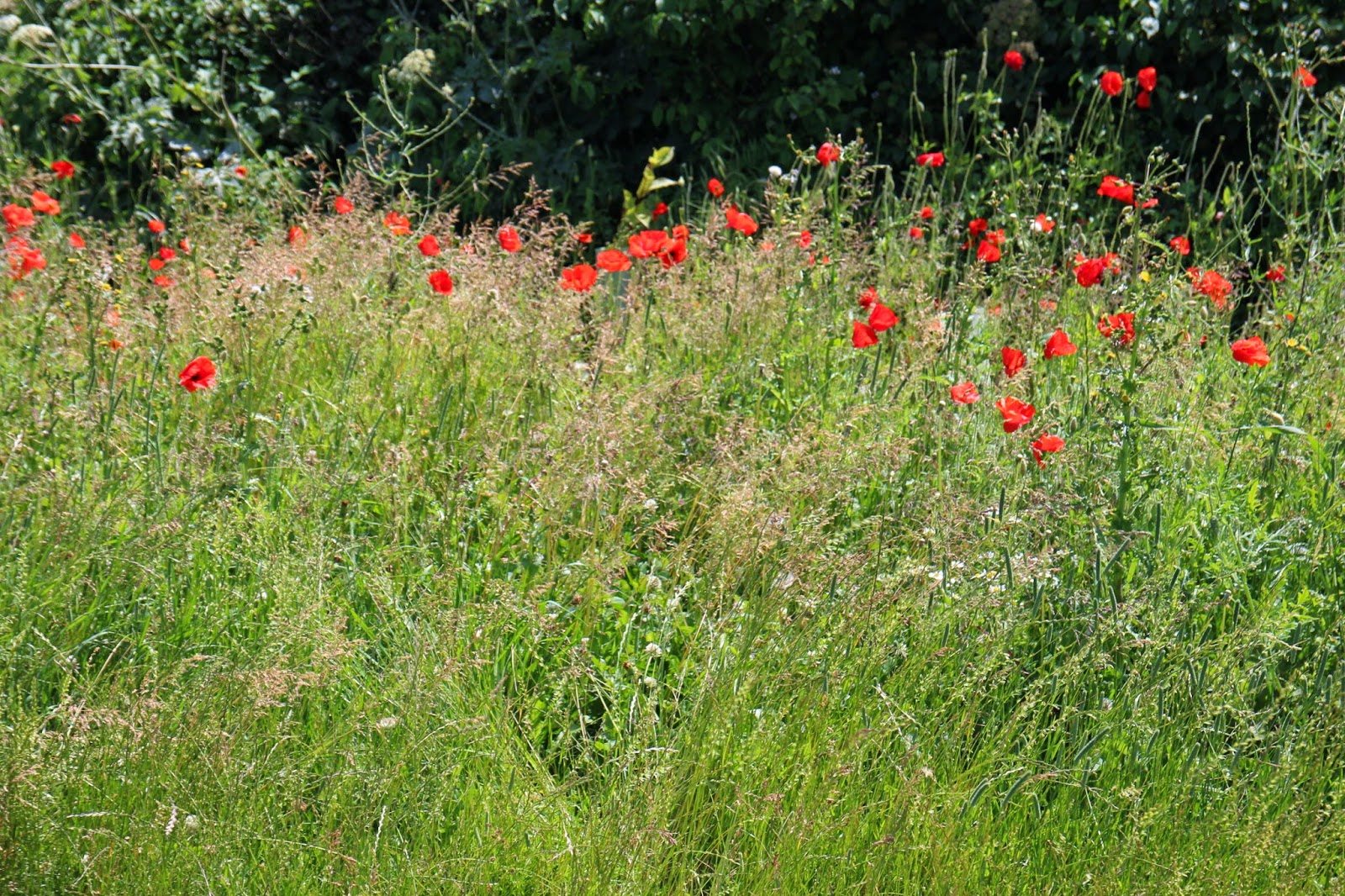 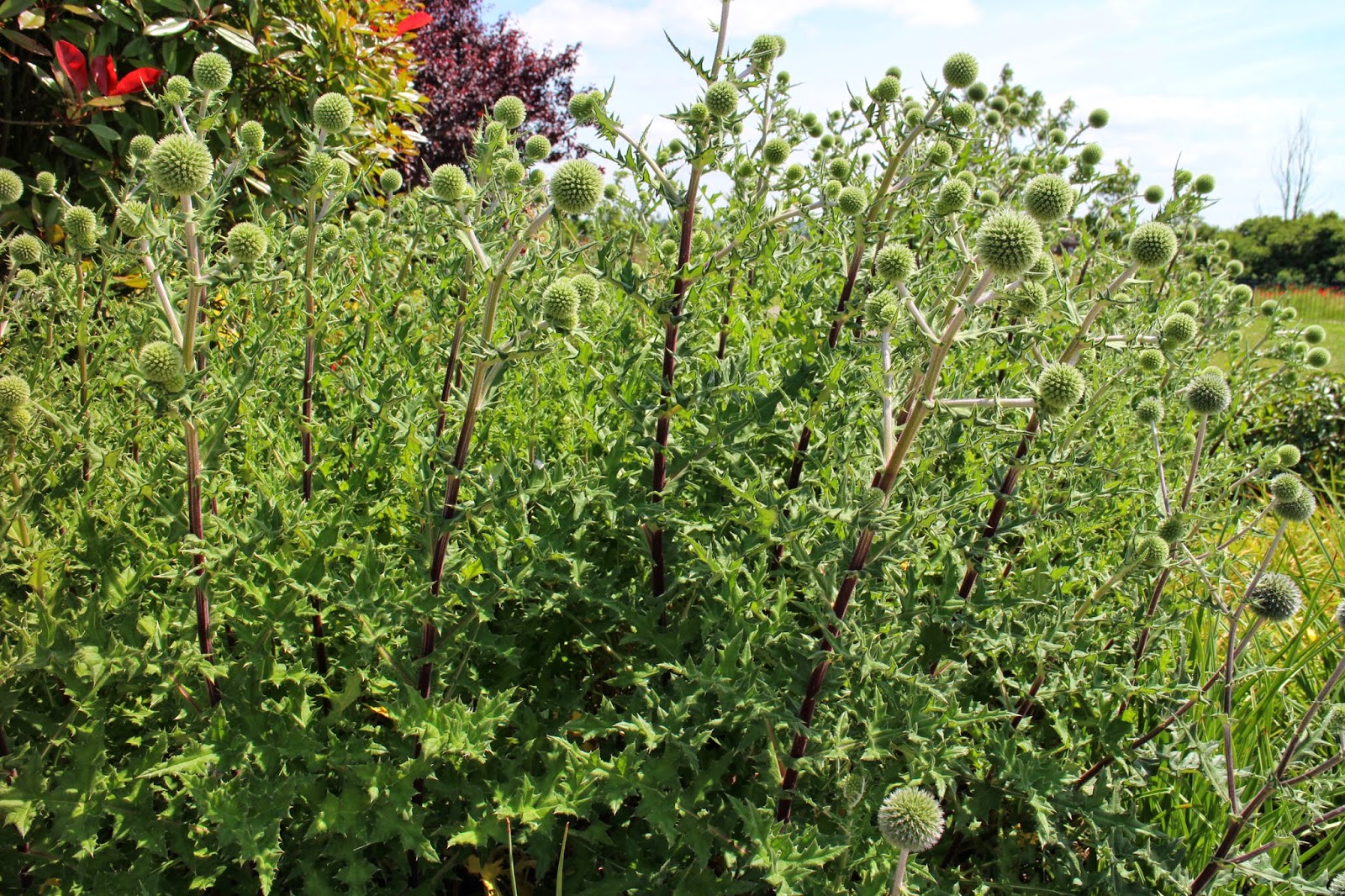 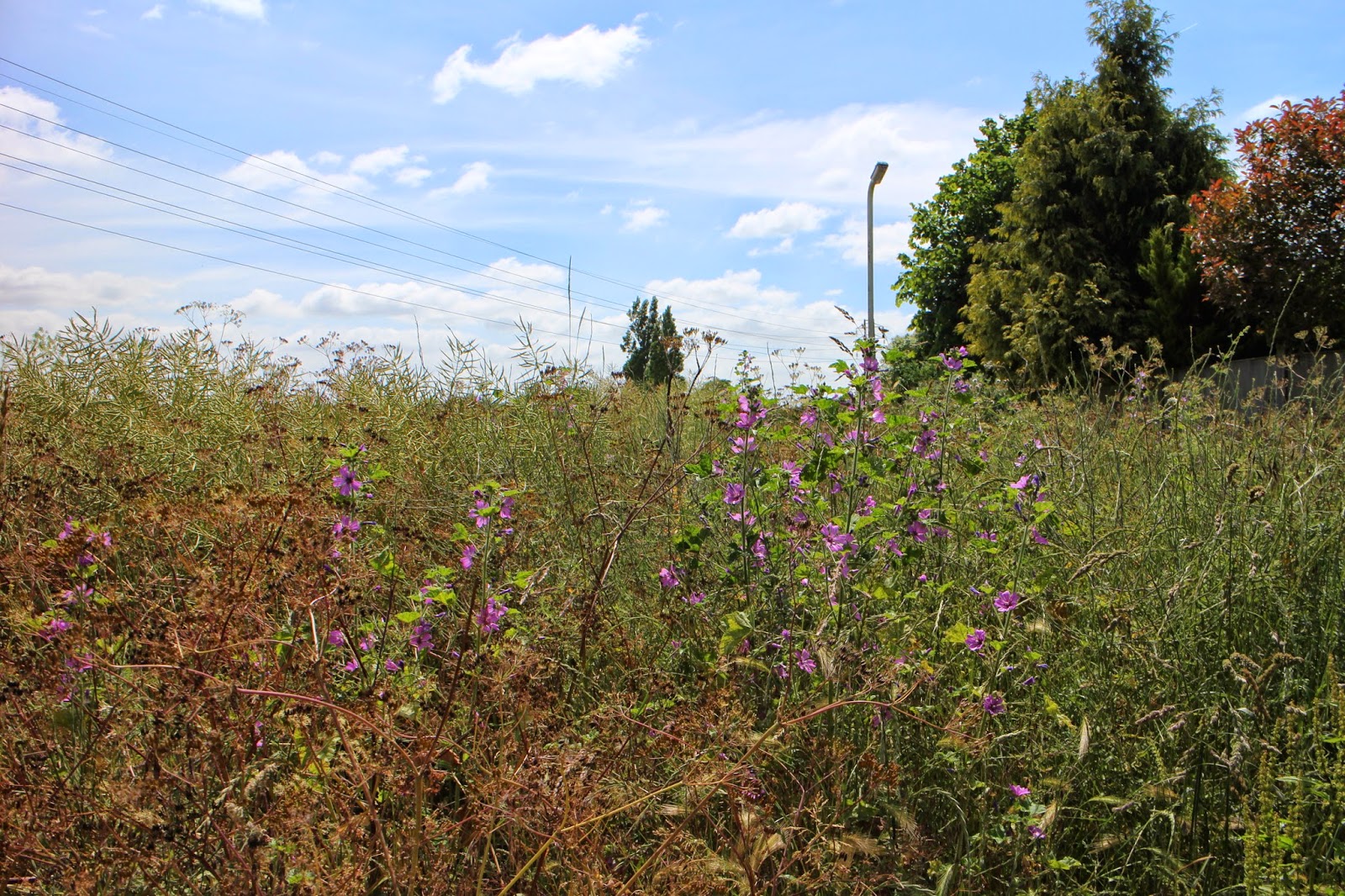 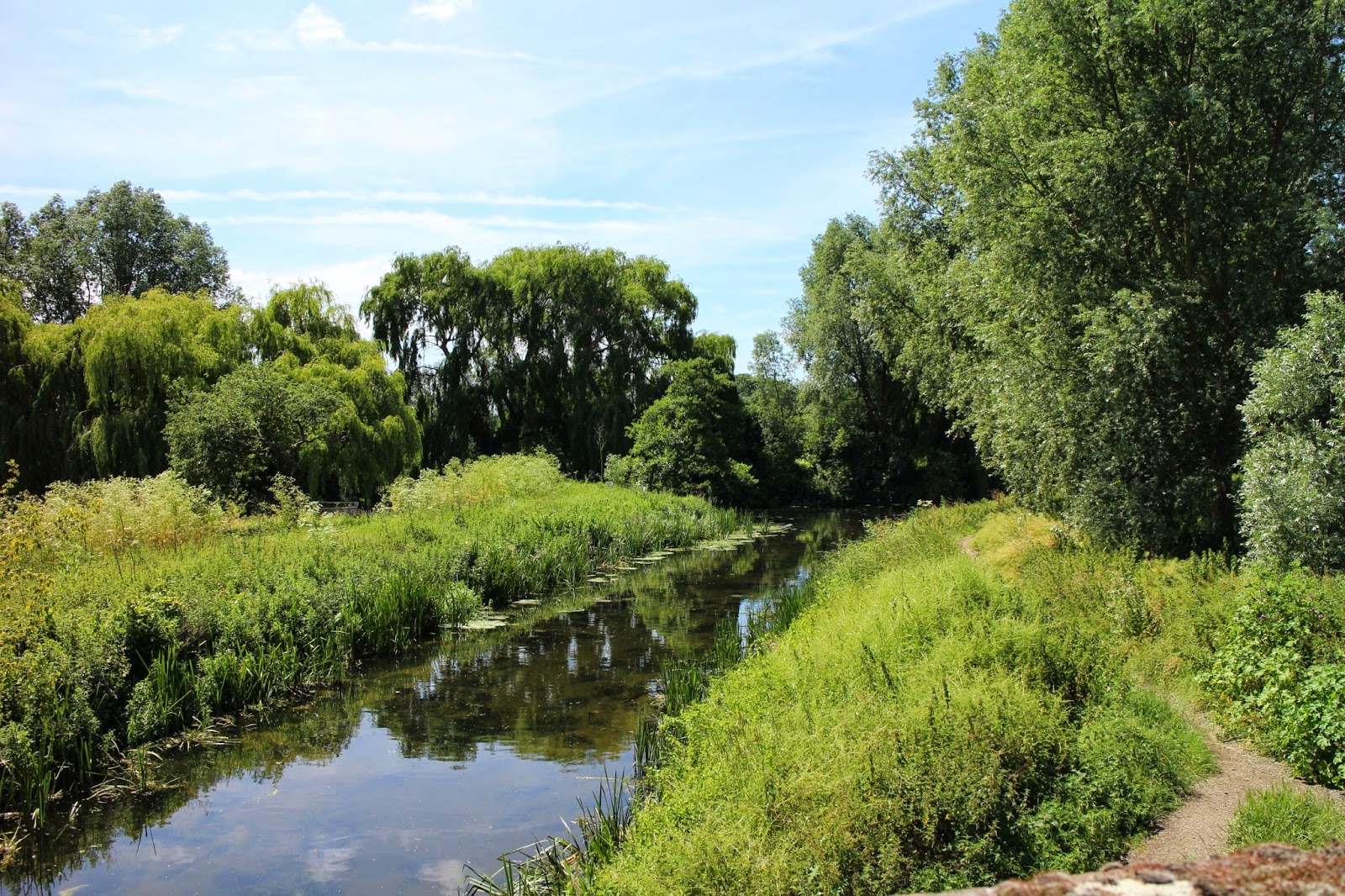 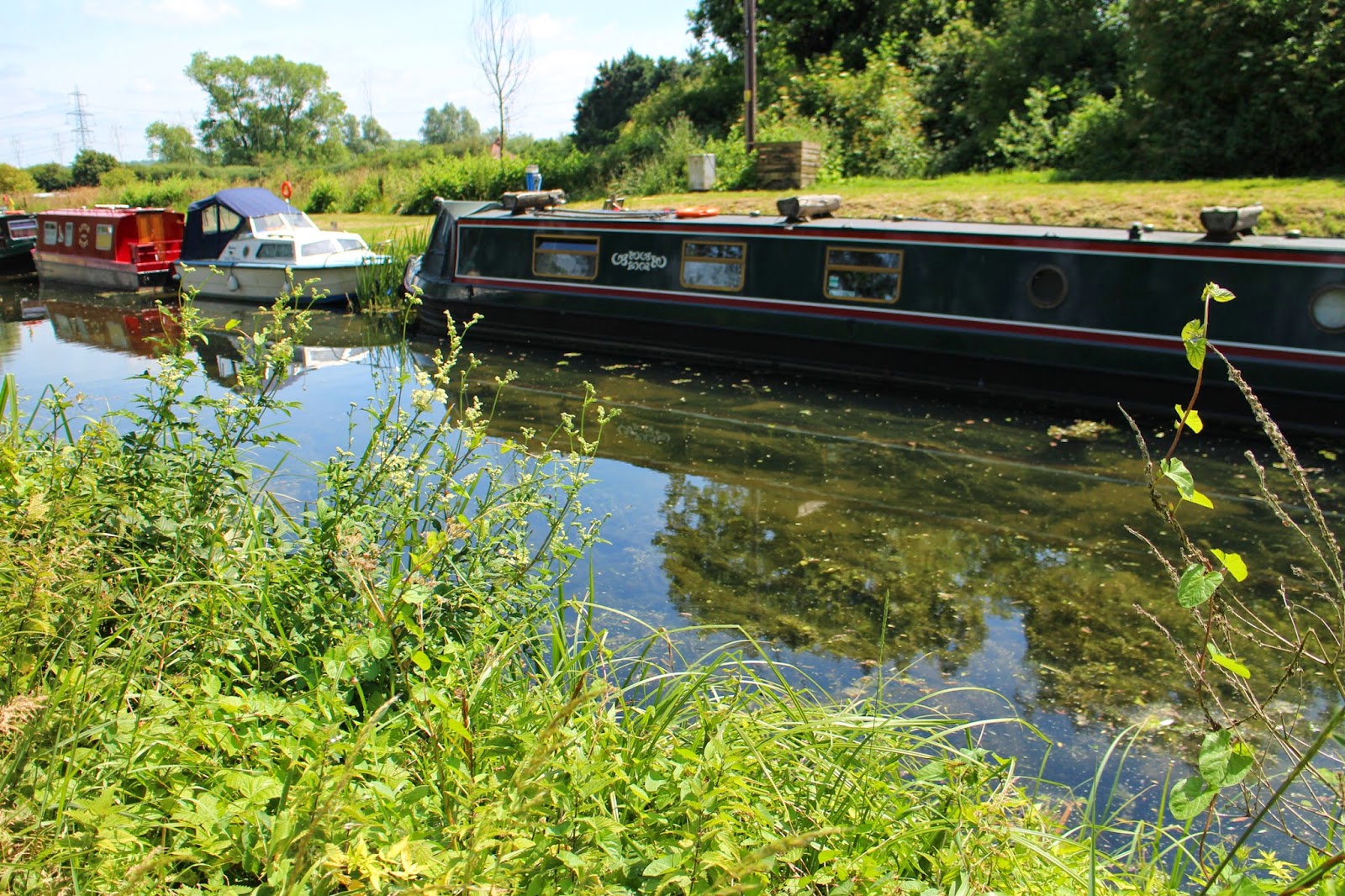 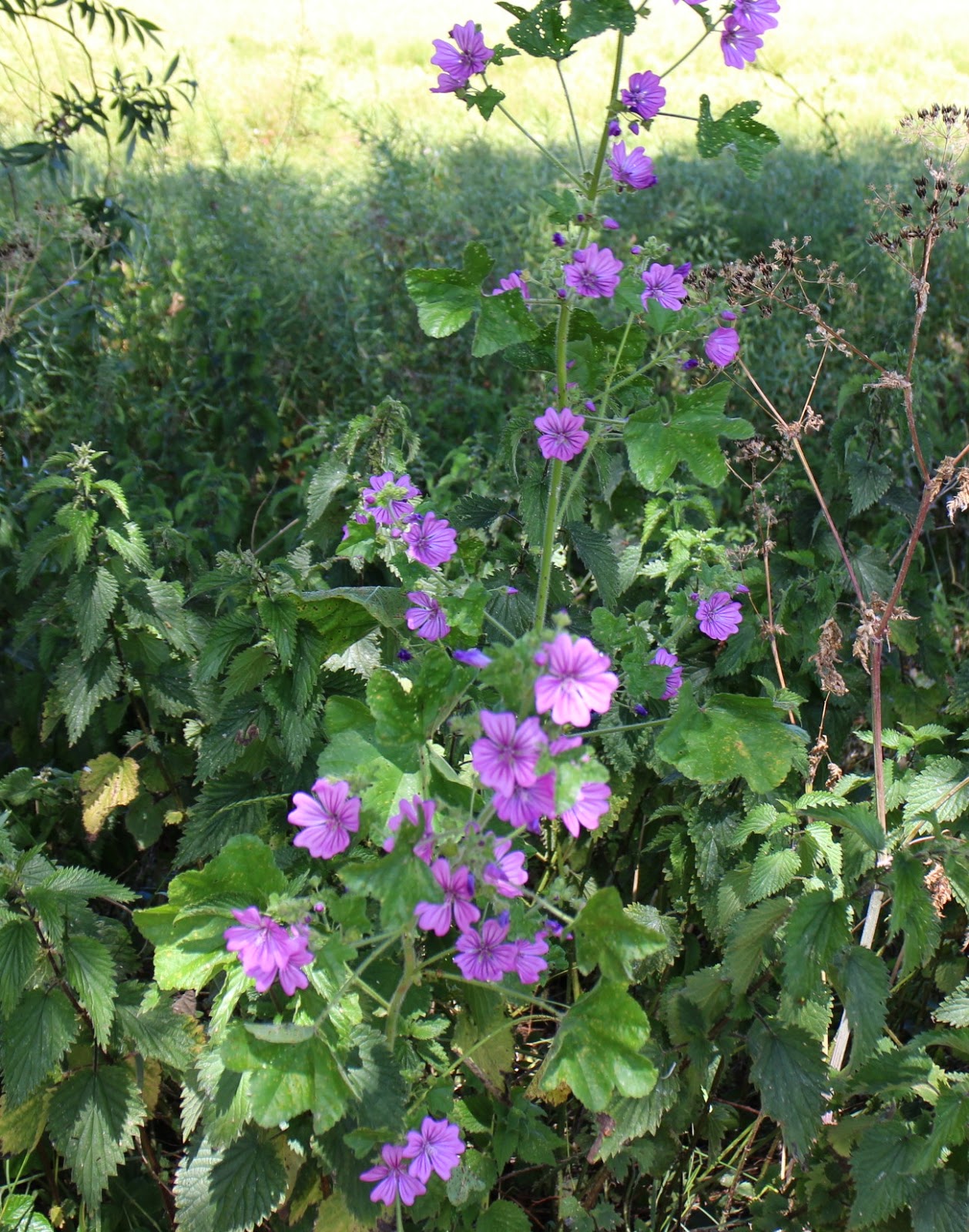 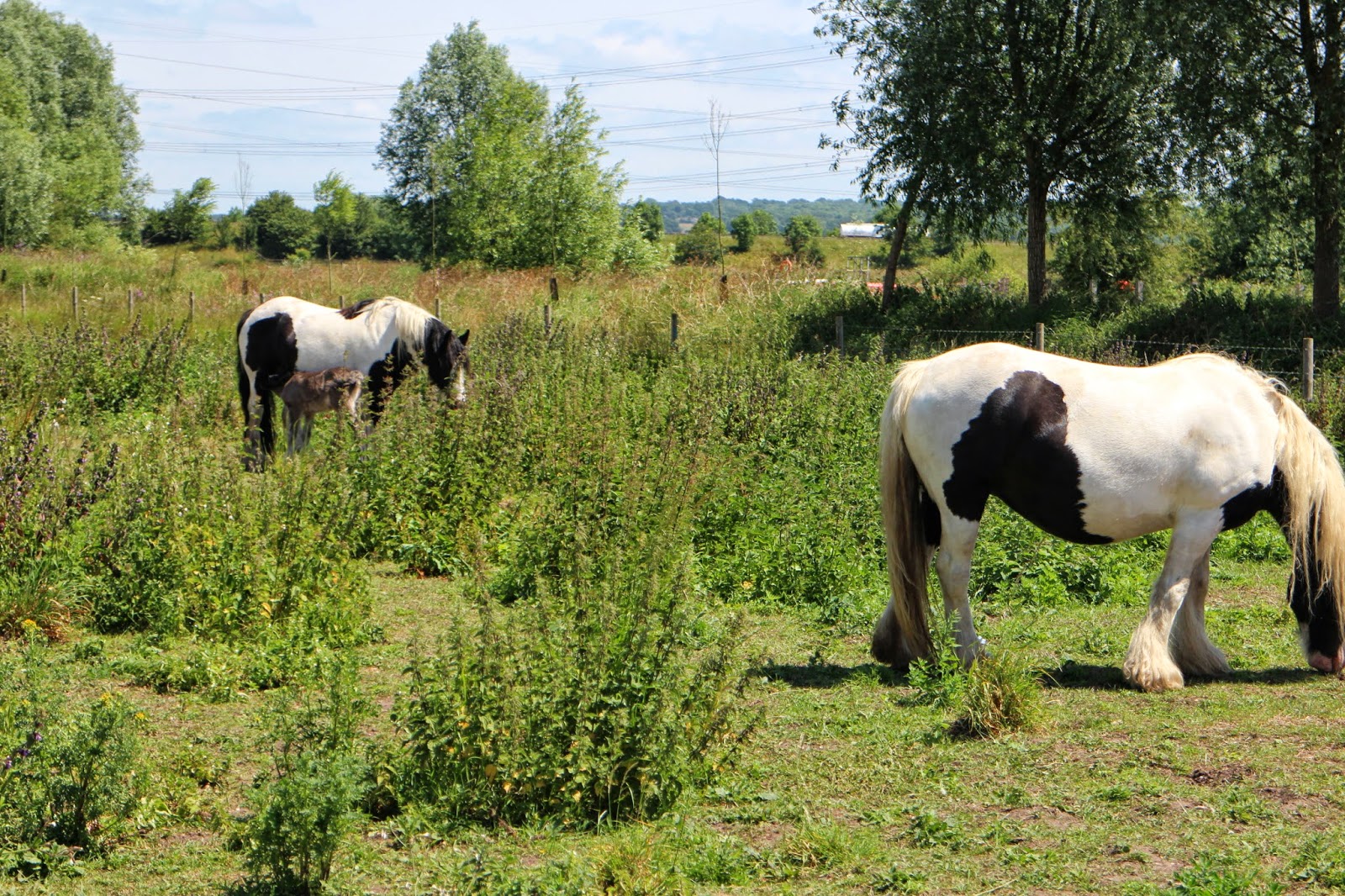 Meadowsweet - Regina Patri or Queen of the Meadow has a very sweet smell, used as a strewing herb in medieval times, Geoffrey Grigson gives one of its local names as Courtship-and-Matrimony, the milky foam of the flower rather nauseating as far as he is concerned when found in great patches, and which has been given another name 'Goat's Beard Barba Caprae,  It seems it can be used in mead to flavour the drink (must try making some mead).  Earlier on in its history, the plant was used for scouring milk churns in Ireland, and can also be used as dye mixed with copper to make black.
Posted by thelma at Wednesday, June 18, 2014