Today it did not rain, the weather in fact turned out warm, and so off, not exactly to the seaside, but to the estuary at Maldon.  Funnily enough the tide was out and there was no water to be seen just vast expanses of mud.  When a spaniel, covered in mud from head to foot trotted past we both burst out laughing, I think his owner found it funny to.
Maldon is what you would call a rather scruffy town, though I am sure its inhabitants do not think so, charity shops aplenty, and also restaurants of every taste, we decided as it was not too far from Chelmsford to go back for an Italian meal one day.
Walking to the path by the estuary and you find these great sailing ships, full of young people when we were there messing round as the young can only do 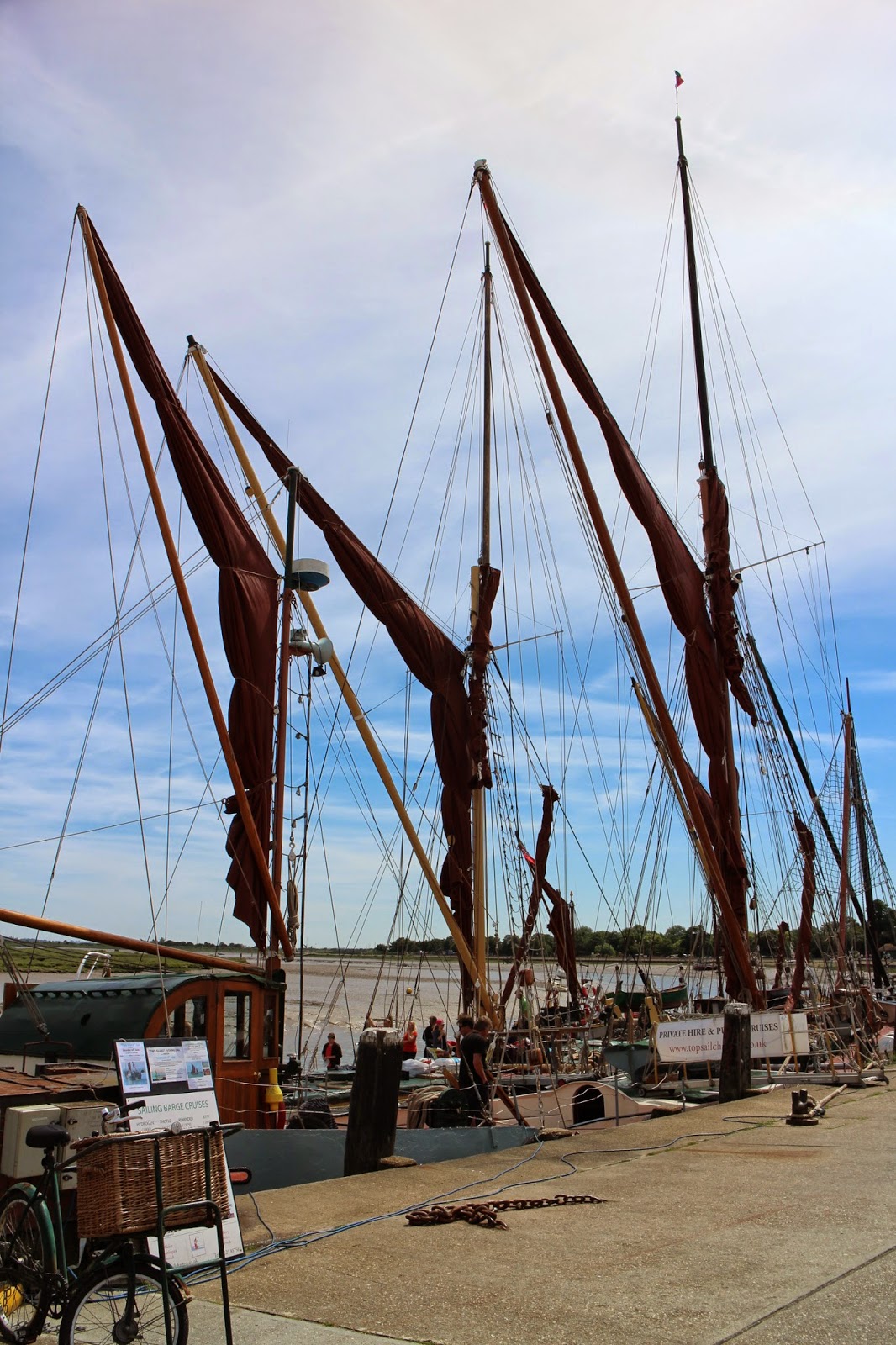 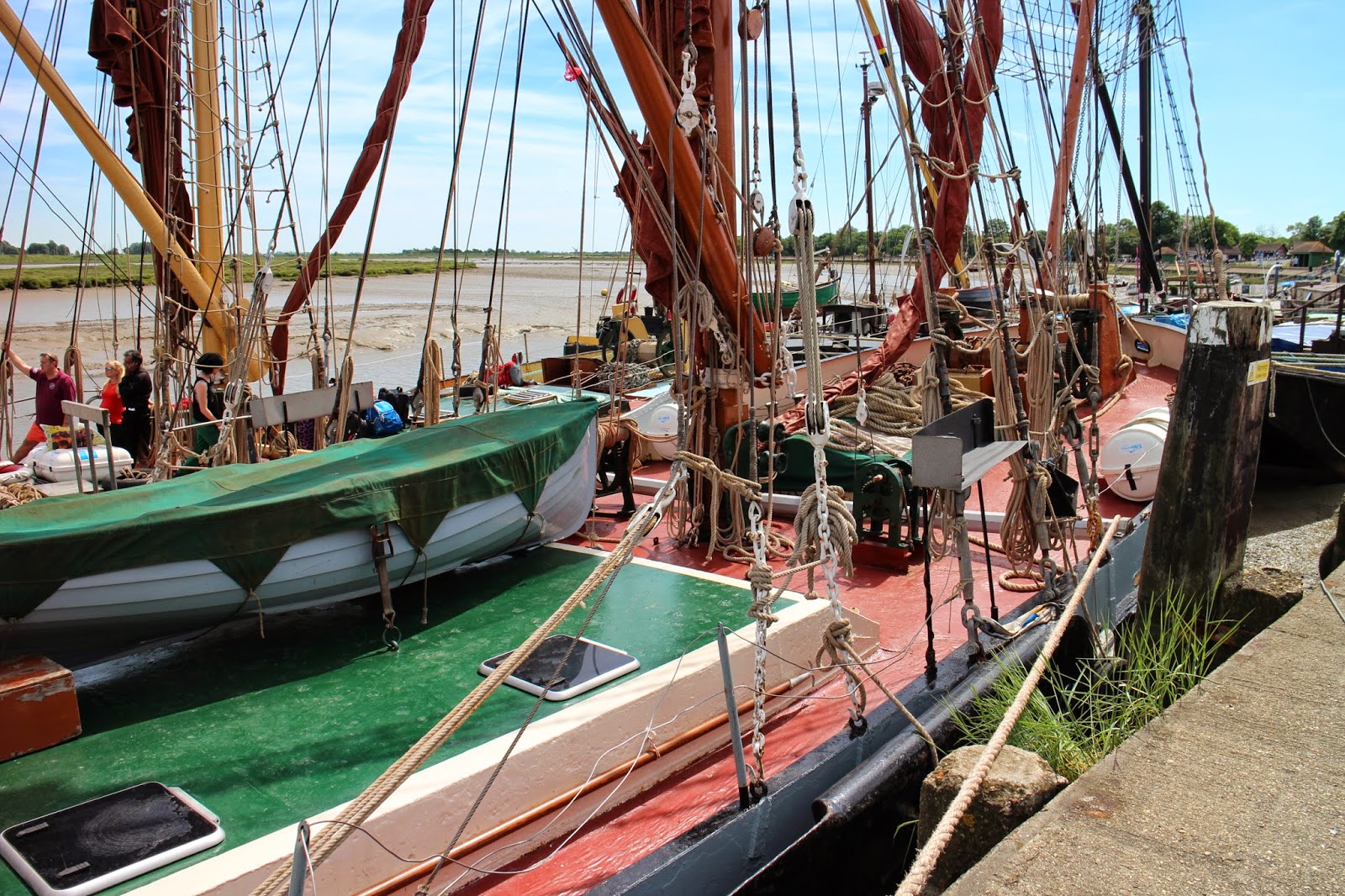 There are pretty places to be found look at these cottage gardens full of bright colour against the terrace of houses... 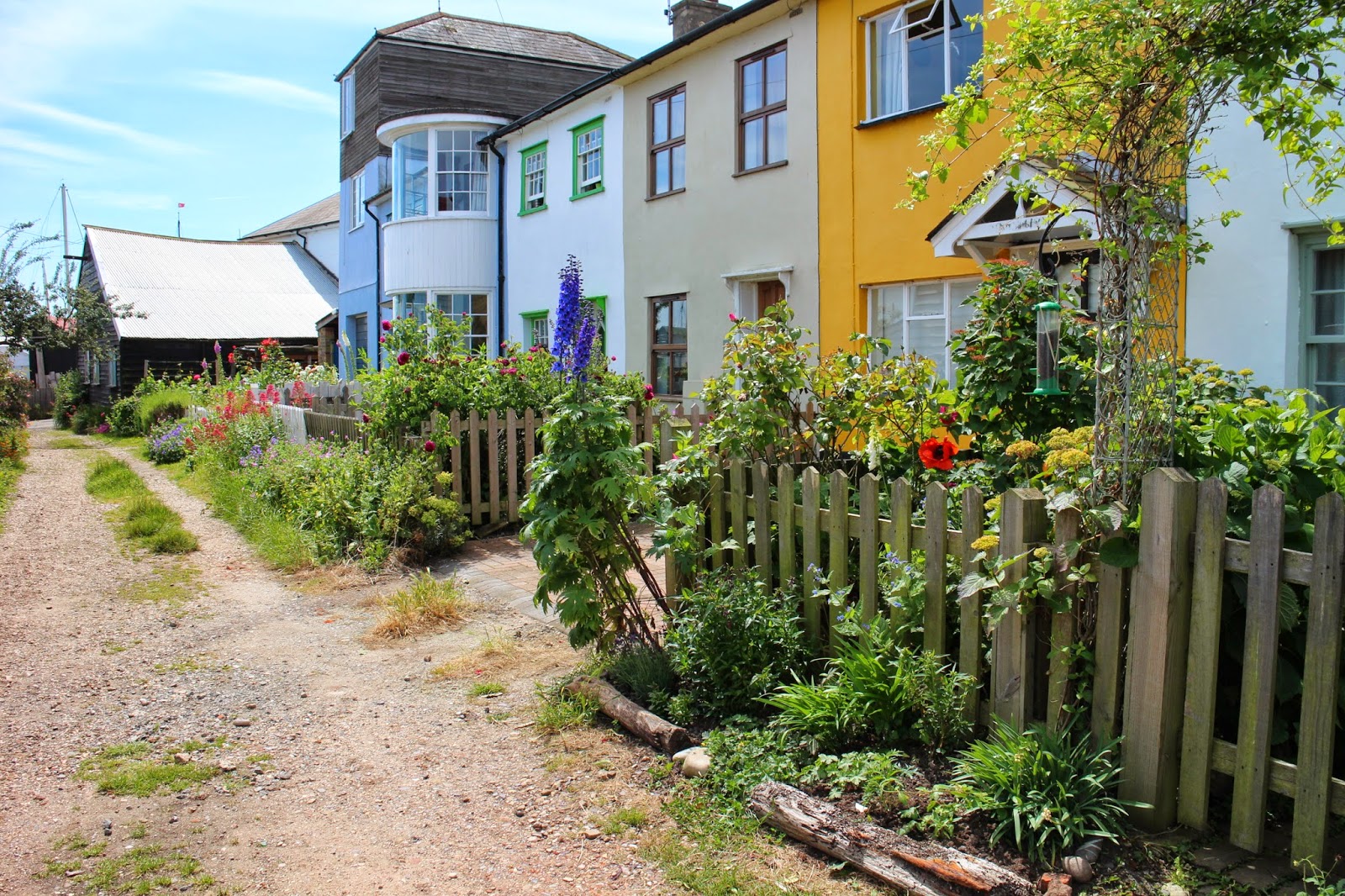 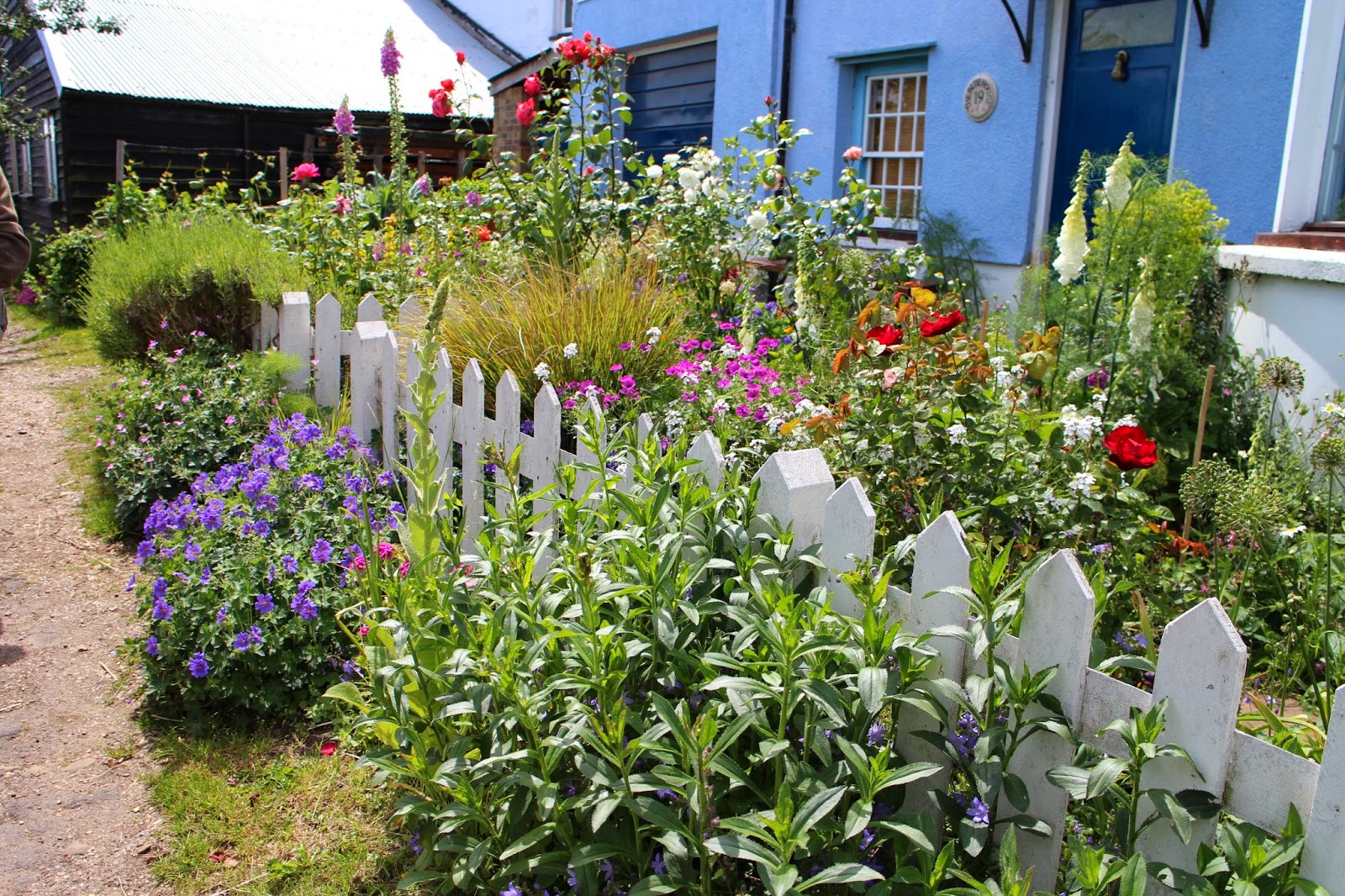 And I loved the three pubs (one is behind the camera) nestled round the church, obviously the fisherman of old had their priorities right. 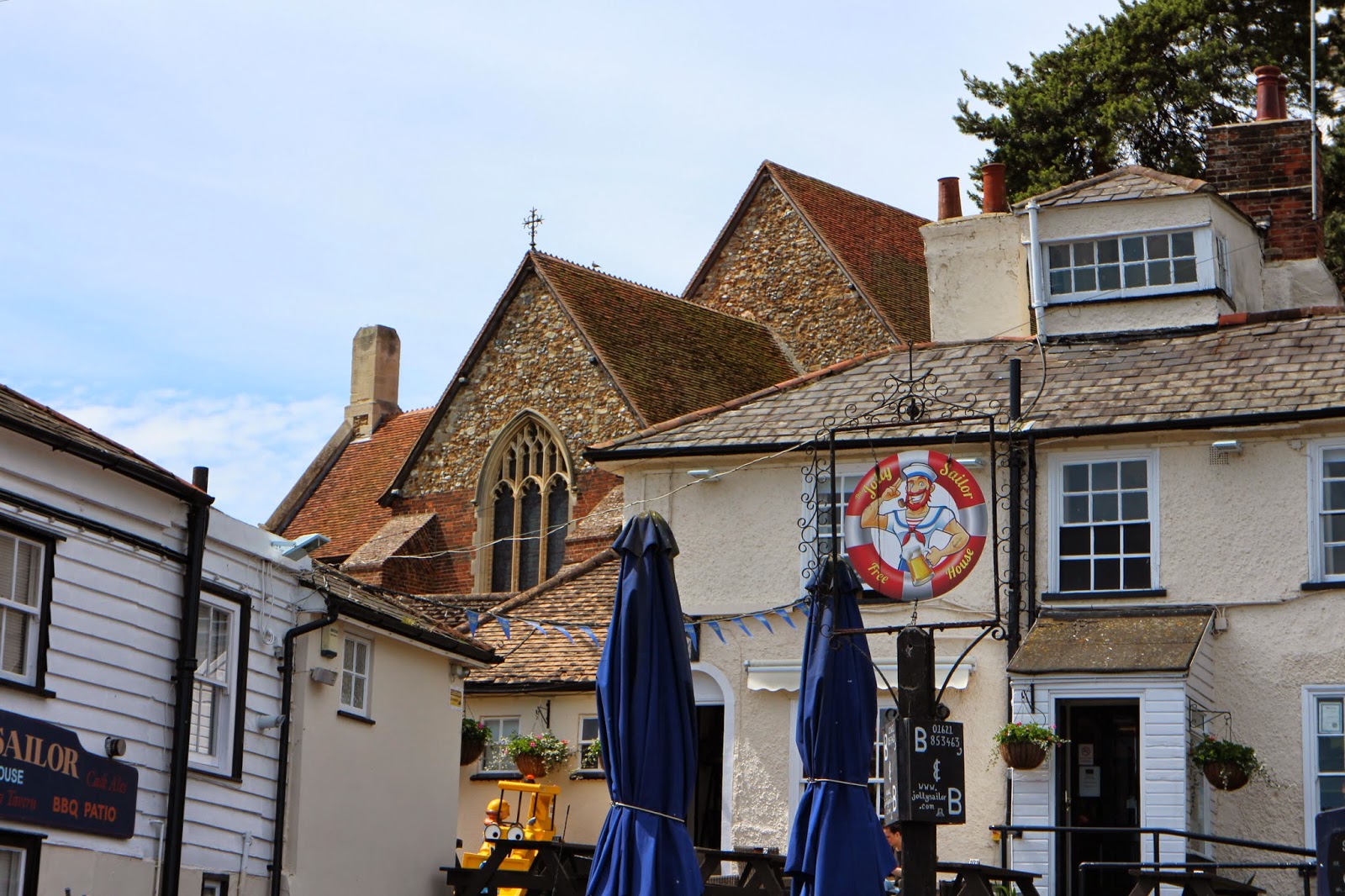 We had been looking for the statue of Byrhtnoth, the English Elderman who died in battle when the Vikings invaded, and the great battle of Maldon can be found in the Anglo-Saxon -chronicle, an earlier blog gives some of the dialogue.  When we asked a gardener where it was he directed us about half a mile away, and then gave us the more modern history of the battlefield, which had once been a farmer's field, then a tip, then everything tidied to return it to its historical context.  I was starving at this point, so we decided to make it back to the car and head for the Cat's pub for a ploughman, but we shall be back to hunt down this elusive statue.  It sits at the end of point, jutting out into the estuary and presumably the island where the battle too place on the other side.
So this little island with derelict boats on is not it... 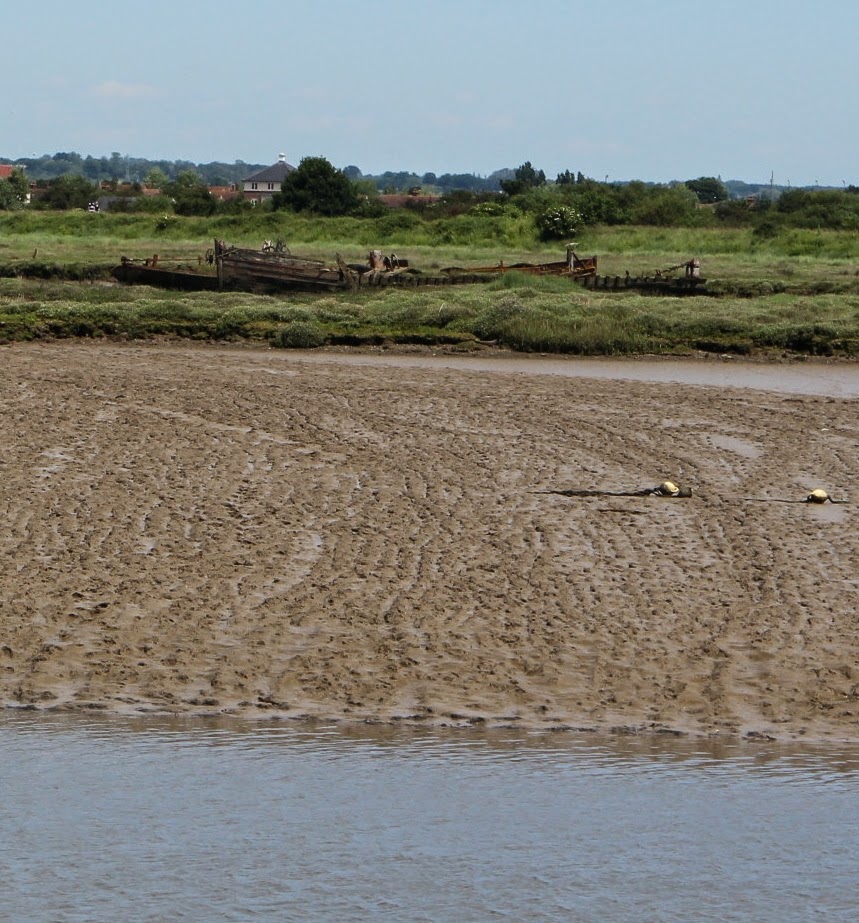