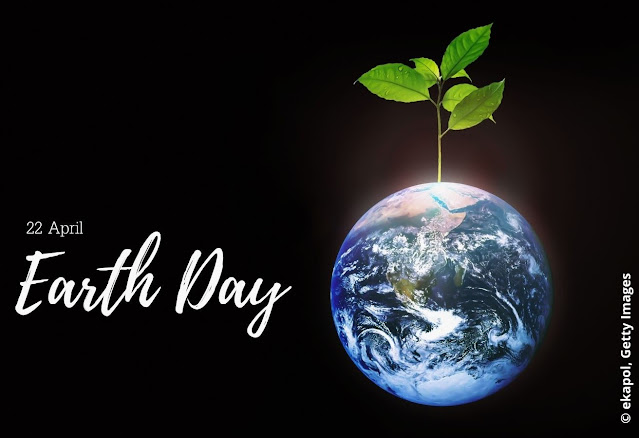 Today is Earth Day, a recognition of this beautiful planet we live on, and which unfortunately we are in the process of destroying unless quick and direct action is taken.  There is a slow awakening that the problem of climate change is indeed happening and our world leaders are slowly moving forward.  The virus in a weird way has helped, questioning why the virus would move from animals into our human system has shown that the cutting down of wild places forcing animals into our zones of living and also eating these unfortunate creatures has helped play a role.  Science fights back, but occasionally we are on the back foot, as now in India where the Covid virus has mushroomed and 200,000 deaths a day are happening and there just is not enough medical care and oxygen to help those suffering.

It may be happening in a distant country far away, but our lax strictures over travel could easily bring it to our country, somehow keeping the economy running is seen as more important than the death of citizens.  Brazil under its leader Bolsonaro has committed this policy, as has the present leader of India.

But enough, I am waiting for the cartoon of Boris Johnson having his phone confiscated!  Listening to an interesting programme on 'slow food' this morning and the presenter mentioned the fact that the 10 richest people own half of the world's wealth.  Is Dyson fast tracking to Johnson by phone the way we are going to be run in this country?  The sight of Starmer spitting out 'sleaze, sleaze, sleaze' yesterday in the house was not as funny as expected and Johnson's furious face seemed to hold the same message.

A picture emerged in my mind, of some of these badass politicians sitting on a heap of money doling it out to friends and family happily, but luckily those sitting on the side lines are beginning to call them out. 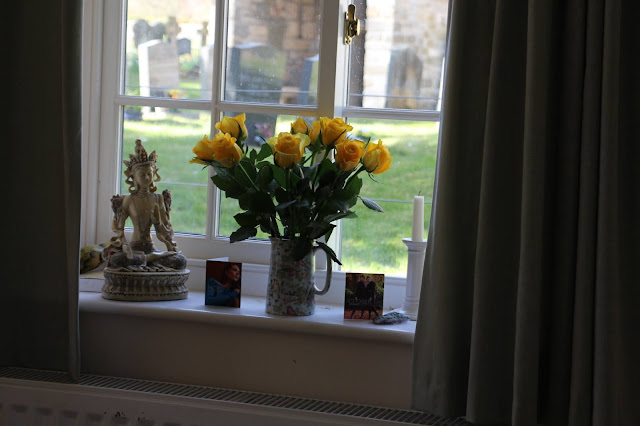 A friend in the village bought me some beautiful yellow roses yesterday, so a happy note as we chatted on the doorstep.  Their brightness reflected spring and the sun.  In the afternoon drove to the vets to pay the bill, fairly reasonable.  Then went to the new Co-op to potter around.  They haven't quite filled all the shelves but it was such a pleasure to wander around a shop again!  The girl on the till was so bright and cheerful, apparently her first day on the job, I wished her well for the future and went away glad of her optimism.