Yesterday's trip to Heptonstall.  I always get it mixed up in my head with the Hovis advert, the young lad wheeling his bicycle up the very picturesque hill, apparently in Devon.  The day was gray but not raining. 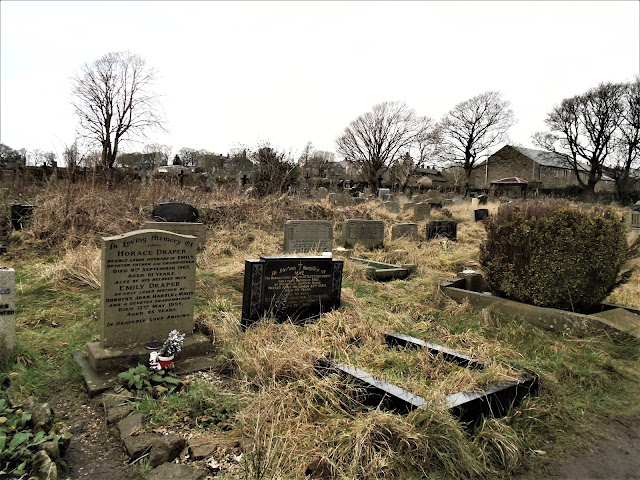 Our first stop was Sylvia Plath's gravestone.  Let us be clear there is something embarrassing and guilt like viewing a famous grave.  You feel they should be left in peace.  There were several people there, two old men sitting on benches monitoring our behaviour and being scornful.  It was a wreck the stone had the top knocked off, and the name Hughes been rubbed out, only it was still there.  Like a ghost hovering over her grave, repentant and sad.  Vandalism it is of course, private lives should not have the foolish on their case. 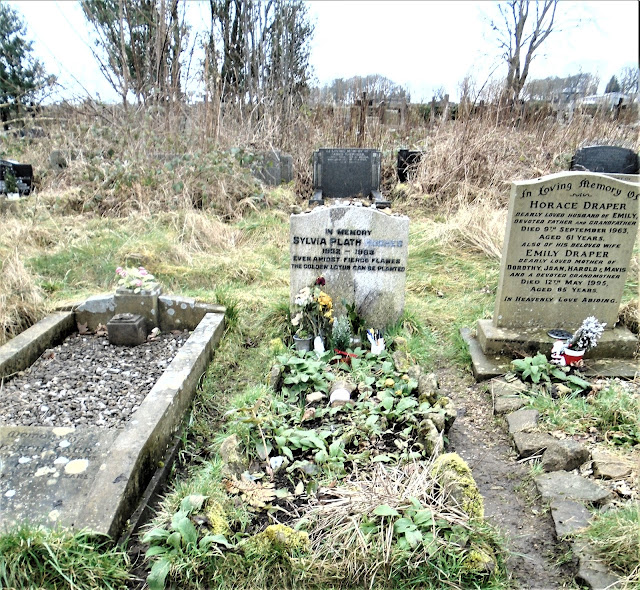 The whole graveyard went into several small fields, and we discovered there were two churches on the site. One was a ruin, the other a Victorian built to replace it. 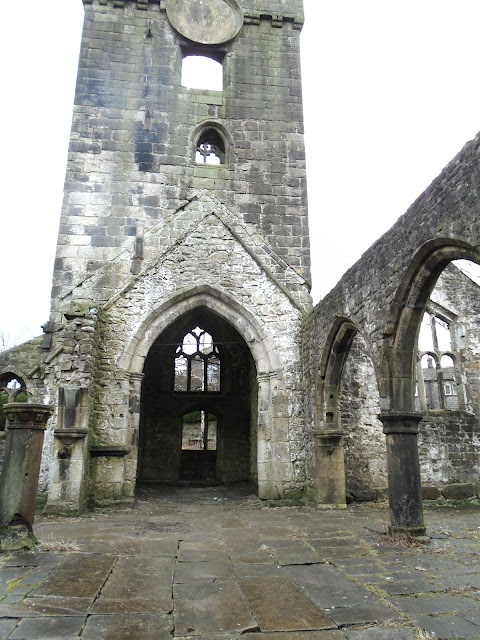 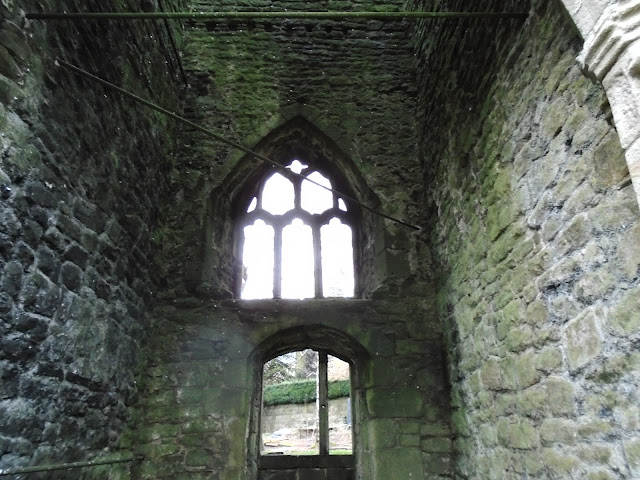 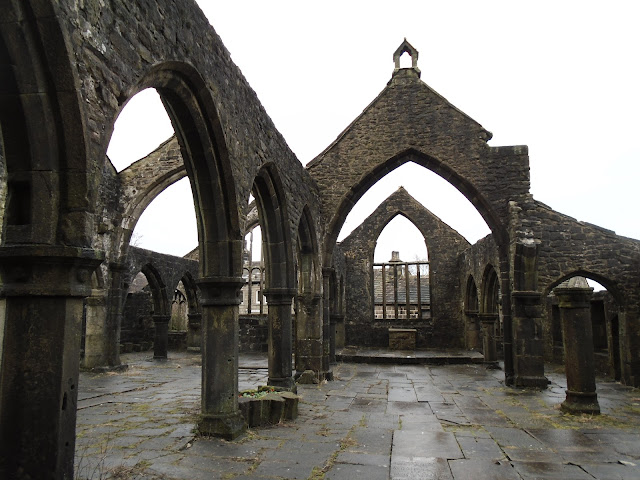 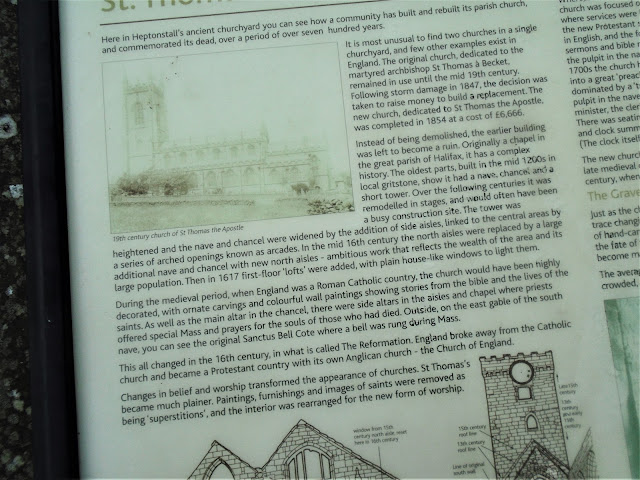 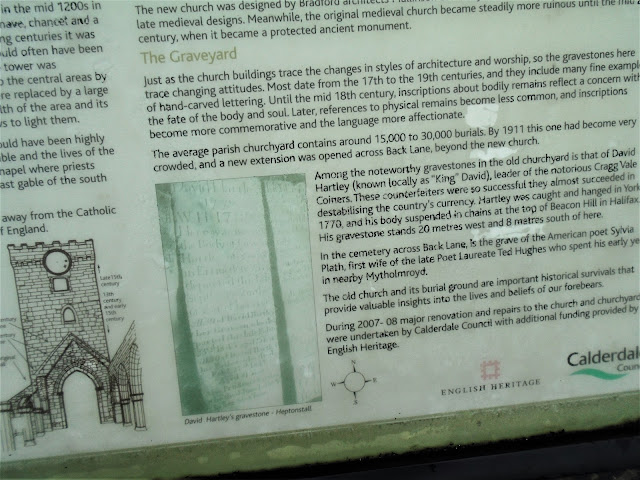 The badly photographed information boards tell you of some of the history but when we talked to the owner of the tea shop, he told us that 'King' Hartley's story was to be filmed in the village this summer, called Gallows Pole, to quote from here.

Based on the book by Benjamin Myers , it fictionalises the rise and fall of David Hartley and the Cragg Vale Coiners. Or as the BBC puts it, “Set against the backdrop of the coming industrial revolution in eighteenth century Yorkshire, the compelling drama follows the enigmatic David Hartley, as he assembles a gang of weavers and land-workers to embark upon a revolutionary criminal enterprise that will capsize the economy and become the biggest fraud in British history.” Strong words!

So a few photos of the place itself, it has the charm of a medieval village, tiny cobbled streets and houses.  Also delicious cakes. 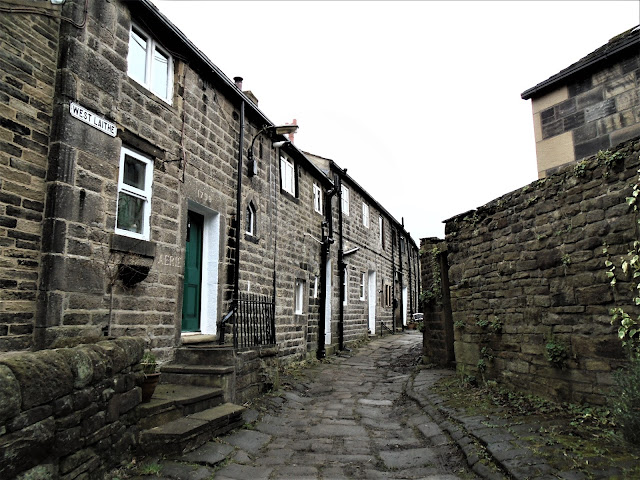 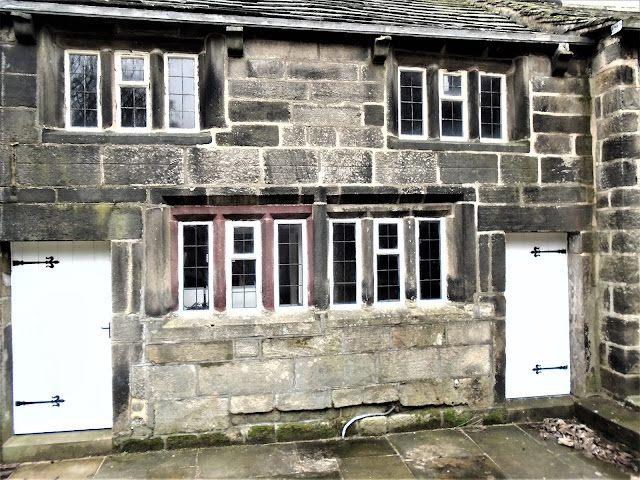 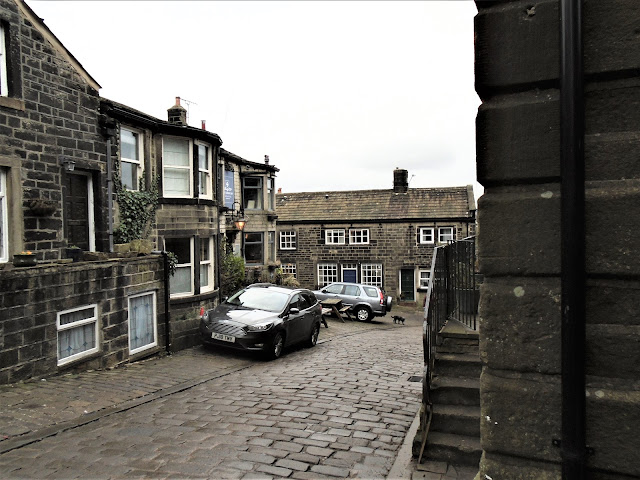 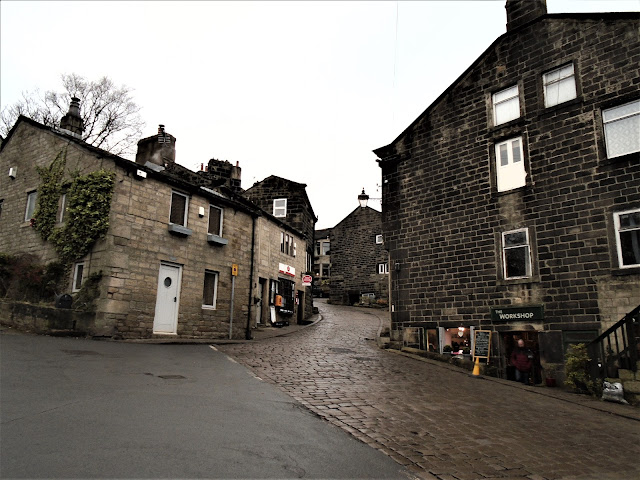 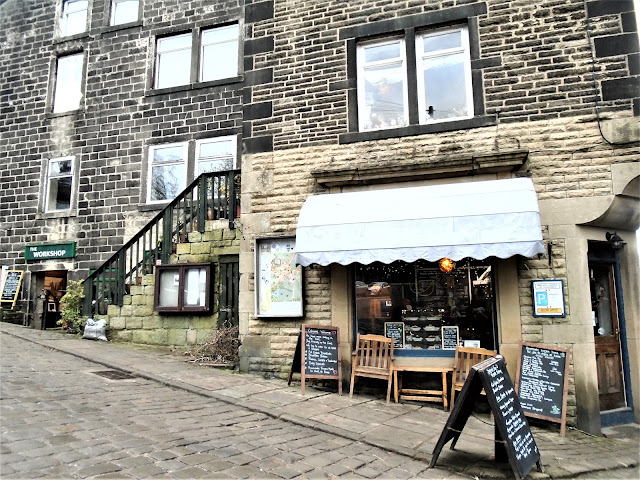 On our drive back over the moors we spied a Barn owl floating gently through the air, first time I have seen one round here and a welcome sight.
Some information;
Guardian - Country Diary
Roots Web
Posted by thelma at Monday, January 17, 2022