The last Wolf at Leinster 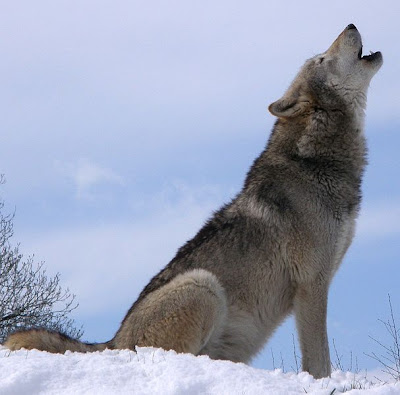 Taken from the Creative Commons, this wolf probably comes from Canada!

Going through the archaeology news as I do every day, the following article in a Canadian paper tells the fate of the last wolves in Ireland who were exterminated during the time of Oliver Cromwell. Its a sad indictment of our human effect on other creatures in the environment.
Curse of Cromwell Extended to Irish Wolf Population

The other piece of news that caught my eye was Egypt's museum directors asking for the Rosseta Stone back, again the high handed way colonialism took valuable artefacts from subject countries must give pause for thought.
The Quest to Regain Egypt's Antiquities

And perhaps the fate of Bath and how near it came to losing its World Heritage Site status, and of course since the Western Side development is yet to be built, might lose it in the future;
Jonathan Glancey in the Guardian
The Southgate project which is mentioned as finished replaced a 1960's single storey concrete block, in this photo the pastiche neoclassical features are shown, again there height is a problem, and it very true that you could see greenery from any part of Bath (the seven hills of Bath) when you looked up to the skyline, these new buildings obscure the view from this side of the city....
Posted by thelma at Wednesday, November 11, 2009