A walk by the river. Yesterday we went to look for the place where the little river Terling flows into the larger navigational Blackwater and Chelmer river, we sort of found it by Rush weir, but I forgot to photo it. The Terling is the large photo that fronts the blog at the moment, shallow but with fish in it, last week walking along it there was a bank of logs built across it, almost as if some giant beaver had decided to dam the water. The sense of it was that the farmer had been cleaning his part of the river out, and that the obstruction of the logs was a sort of filtering system that cleansed the water, which it did on his part of the river.
We walked for about 5 miles there and back along the larger river, it is such a beautiful place, a hidden part of ~Essex.
Ducks and moorhens also have their territorial spaces along the banks. The flora and fauna is somewhat sparse, but the fields on either side would have been marshy in times gone, and are mostly down to hay fields even now. Brilliant iridiscent demoiselles are at a couple of places along the path, honey scented cow parsley lines either side, and I note there are cranesbills, it looks like the smaller cut leafed one.
Ulting church looked very different from this side of the river, especially as we had visited it in winter last time. People were picnicing on the ground round the church, there boat pulled up alongside.
The white of the hawthorn blossom and the cow parsley is set off by the pale green-grey of the willows that line the path. England at this time of the year has the appearance of a Tolkinesque 'Shire' landscape of the Hobbits, a soft landscape of lush greens; blossoms overhanging the river reflect their mirror images but it will soon be gone. The horses in the field some a coppery brown colour, their sleek sides fat with the new grown grass are content in the afternoon sun sleeping away. 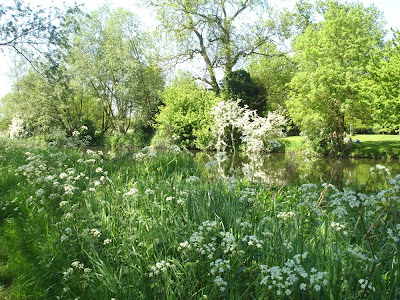 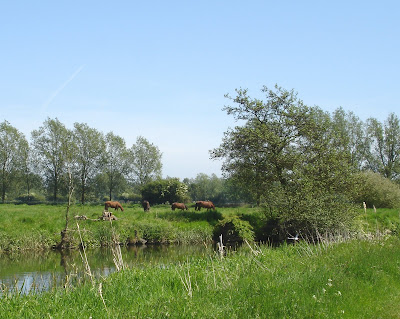 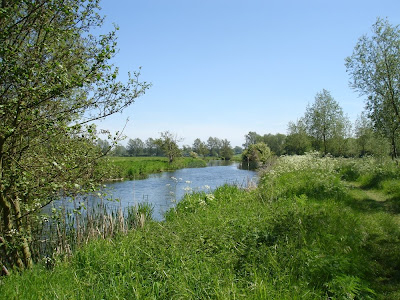 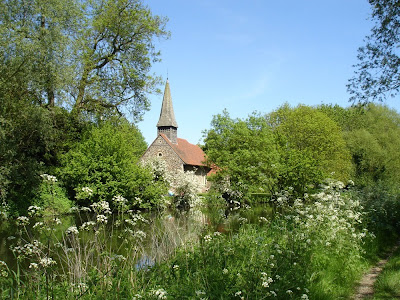 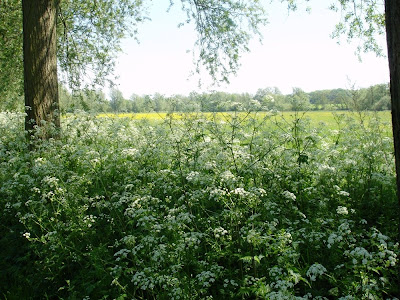 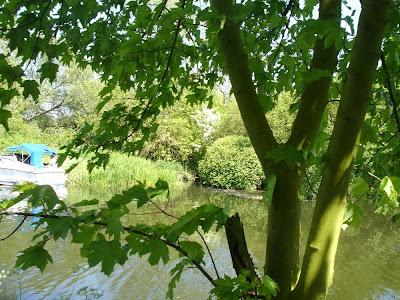 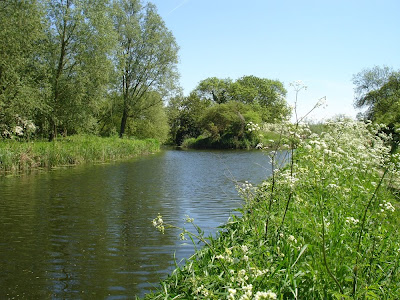