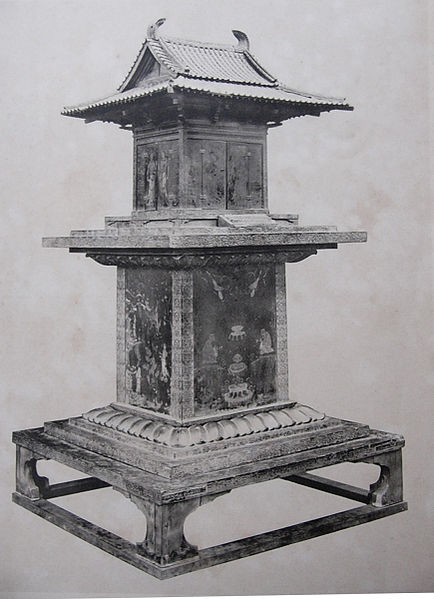 "an episode from the Golden light sutra of a bodhisattva removing his upper garments and hanging them on a tree before casting himself from a cliff to feed a hungry tigress and her cubs."  It is one of the early periods of art in Japan, the Asuka period and much of this beautiful 7th century work can be found in the temple of Horyu-Ji.

The picture itself appears on a four-sided portable shrine which is made of local Japanese wood and then lacquered. The Tamamushi shrine is named after the tamamushi beetle, who's iridescent wings were used in the decoration, though the colour and the beetles have long disappeared from the shrine. 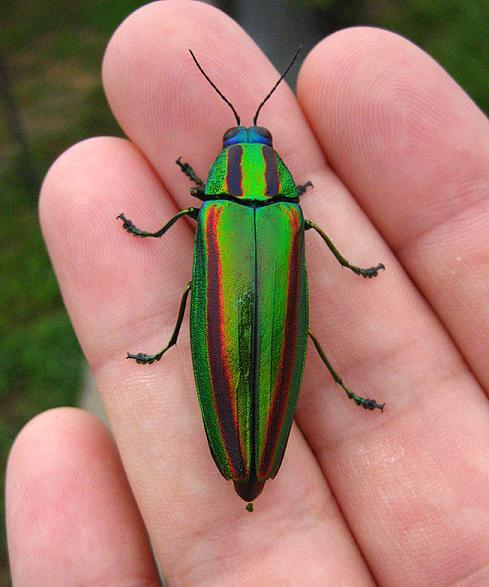 The wings were placed under the bands of ornate bronze filigree ornamenting the pedestal so that the colours would shine through; the beetle itself to be found in the woods in summer. Although the work is classified as Japanese, it was during the 6th century that the Japanese emperor at the time, imported you might say, nuns and monks from Korea for their crafts, so that such things are not necessarily indigenous to Japan. Be that as it may the Asuka culture and temples are situated in the earlier ritual landscape of the Tumuli people.


Here in this picture you can see the bronze filgree work and also the wooden carved moldings showing the lotus petal pattern around the base and the top.
There are many buildings at this very old temple site complex, and many treasures, its carved wooden intricacy is a visual delight, the many statures of the buddhas as well have elegant folds to the line of their garments, almost modern. The temple reflects the beginning of the buddhist religion in Japan, the craftsmen and women used were of the finest. 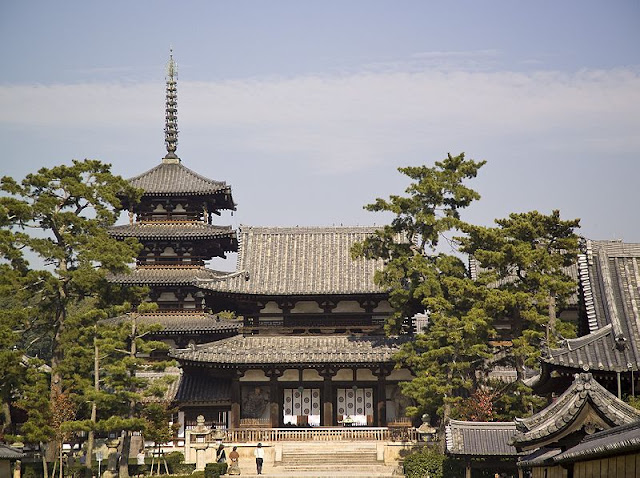 Horyu Temple, with the pagoda at the side

photos taken from creative commons...
Posted by thelma at Wednesday, May 12, 2010