What I picked up today

I notice Brigit Strawbridge Howard's favourite bird is the curlew as it is mine, their bubbling sound on the moors makes the heart stop beating for a while.  So before I get to the nitty gritty of today, something to soothe the battered breast if not the battered ear.


Will there be change? A question that flutters in the air, look at the article on how - Lockdown has Laid Down Bare Britain's Class Divide. Class divisions are reflected in the space of a house or garden that we may live in. Parks are for public use, they were brought in by the Victorians to ameliorate the tight squeeze of living in a town or city, closing them down may not be the most sensible of actions. Like everyone I wish Boris Johnson full health in the coming days, but nurses are not necessarily happy with the choices that have been made, and the slogan 'May they never be deemed 'low skilled again' bites home. Especially when in a care home in Whitby all the staff, care workers have locked themselves in with their charges. All over the country there are acts of supreme unselfishness that should humble us and question what is important in the scheme of things.
Did Capitalism work?? yes for some but many others lagged behind. Greta Thunberg, asked the question, if it only brings a virus to topple the world, we can't be living in a very secure environment, or words to that effect. 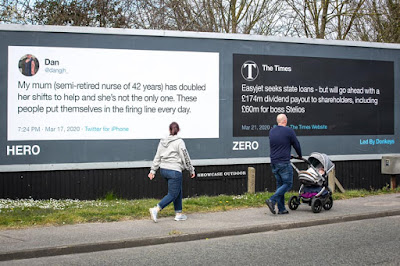 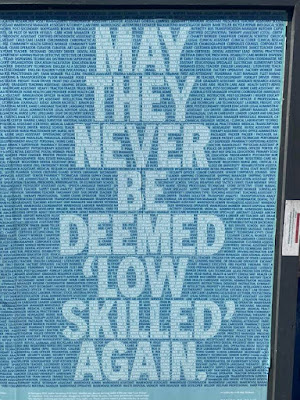 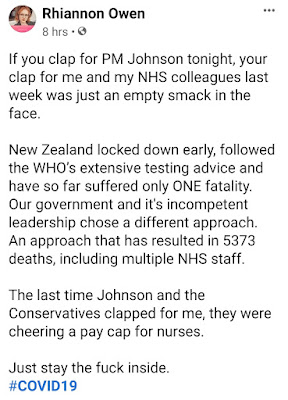 Easyjet and Branson of Virgin fame should examine their consciences, Supermarkets are putting profit to one side and working with the public to see that everyone is fed. Paying out obscene amounts of money to CEOs is not the right answer nor squirrelling it away in the Virgin Islands so that you don't pay tax. Not all bad, one CEO Jack Dorsey of Twitter fame is apparently going to donate one quarter of his money to the Corona19 fight.

Virgin Atlantic - Asking for a £500 million taxpayer bailout from the government.Virgin Galactic -
Moving Branson's $1.1 BILLION stake into tax havens.Verging on the ridiculous - The behaviour of some companies & bosses during this crisis.…


A  congratulation from our police force, Ryedale communities are 98% staying at home.  Actually I feel sorry for all the delivery drivers.