The memory card arrived of 'The Dig' and I settled down to watch it on my computer.  The quality was not as good as watching the actual film but its soft shading lit up the landscape and gave it a blurry dreamy feeling. Good acting helped and as the Anglo-Saxon boat was uncovered, then the inner chamber full of priceless artefacts, you realised that full justice had been done to the dig.  The house was a different one and as I wrote to a friend today, when we went the fields were full of pigs and sties.

Two visits to Sutton Hoo, the last with American friends, I think Loie had done her dissertation on the boat.  First of all we did the late Saxon staved church at Greensted in Essex and then went on to Great Canfield church where Odin with the ravens Munin and Hugin reside on the pillars into the church.  Church history says they are a pair of doves either side of Jesus (or God), but they look fierce as does the figurehead.  It is surprising what still remains in our old churches, they become repositories for old Scandinavian burial stones here in Yorkshire, and of course if early enough to allude to a history that was gently turning from paganism into Christianity.

Trailing through my blogs has bought up many memories, all I can remember of Sutton Hoo was the terrible weather, and the reconstruction inside being a much better thing to do then wander round the barrows. 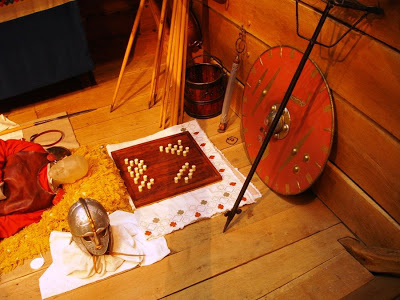 To some degree the find of the Staffordshire Hoard has somewhat lessened the impact of Sutton Hoo but both are great finds of a particular part of history.

Now I must bring logs in before the cold weather comes.  Also, unpack a large brown box which has sat in the hallway a couple of days. Ordered one afternoon and it was there the next morning. Why reluctance? its a Shark floor cleaner which I will have to use! 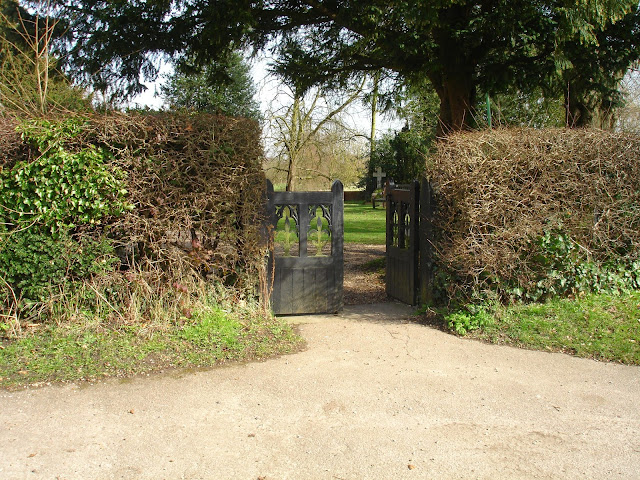 Smithsonian on the subject