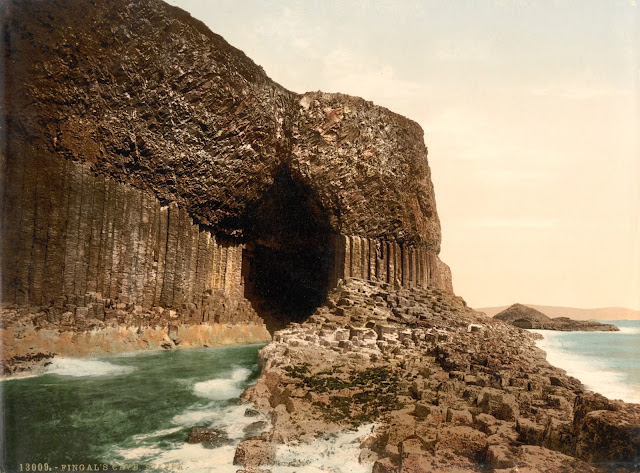 Music: made me think why do I like some music and not others.  What came to mind was the overlay in the mind of poetry, music and landscape.  It just melds into a blur as the music catches the breath . At the moment I am listening to The Protecting Veil by John Tavener, - 20th Century.  The haunting cello followed by the orchestra.  It is so melancholy but yet plucks at the soul.  There will be a moment when the music suddenly dives at you, the anticipation is somewhat nerve inducing.  Not everyone's idea of music, but then I dislike quite a few paintings, I call them the 'brown' paintings of past centuries, don't have much time for modern either!!

I had noticed that Maxwell Davies had written something called Taverner, and I got it all mixed up but with the aid of Google managed to sort my magpie mind out. Davis had actually written an opera about  John Taverner who lived in the 15th century

So music that is British and pastoral, such as Elgar and Vaughan Williams would be part of my list.  As well as Spiegel  in Spiegel for its measured slow tones.  It is funny what takes the fancy, have I looked for sunsets, sunrises and birds in my music, does it become a holistic view I wonder? 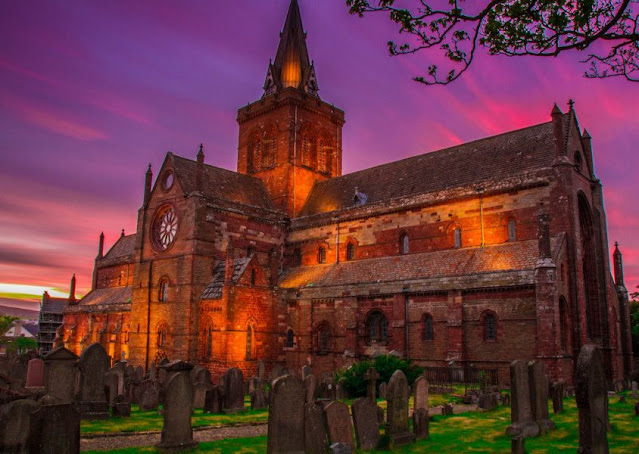 Going back to Maxwell Davies, he has intermittently appeared and disappeared in my vision, St.Magnus cathedral, a place where his work is played, on the island in Orkney. Would remind me of him, he needed the austere bleak settings of the Orkneys to create his music and that is what comes out occasionally - storms and jagged notes to wake you up but never forgetting there is harmony in nature itself.

And an 'Orkney Wedding with Sunrise' and Maxwell Davies, now sadly dead of course.

Have you guessed the dark cave on top?
Posted by thelma at Monday, February 01, 2021