I might have reached Manchester, but following this part of the canal I was out to snap the 'Great Wall of Todmorden.  Built to retain the bank in the 19th century under the railway station and goods yard, it took over four million bricks to construct.  The silver birch trees at the top make a pretty contrast against the sky. 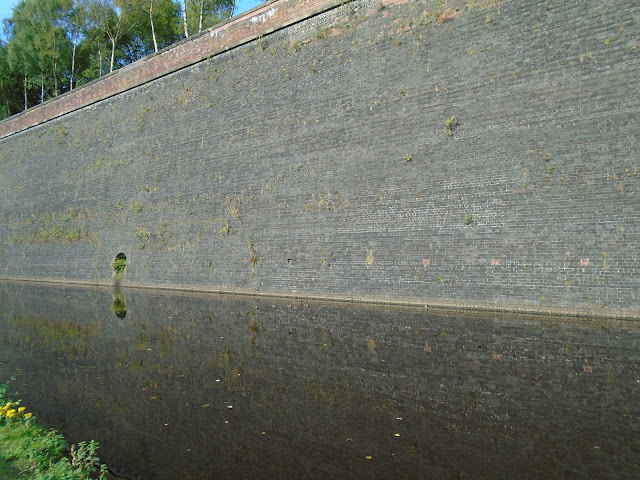 Walking along public paths and particularly this stretch of the canal means you encounter a variety of people, such as cyclists, hikers, people going shopping, dog walkers, and runners as well.  But in the sun it is an attractive walk. 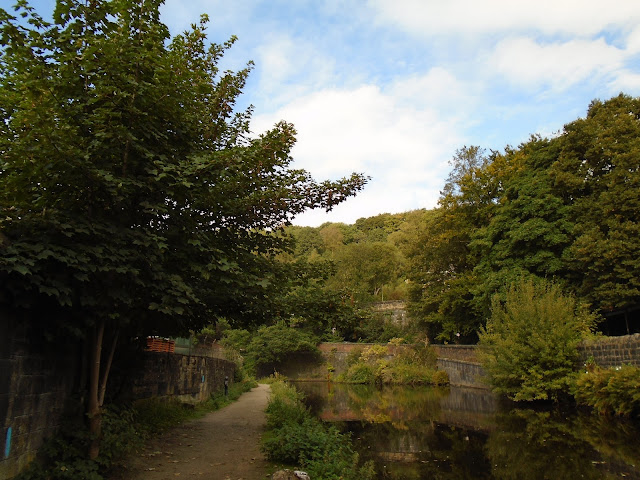