My daughter has gone to Alnwick* in Northumbria, not exactly the best of time to go beach walking.  So we have been messaging each other.  I had said is it not ironic that on the coldest day of the year the electricity cuts out?  Well it was Storm Arwen that of course did the damage, and as I watch the news for Yorkshire, I see moors covered in snow and impassable in some places.  Then of course, The Tan Inn, highest pub in??? is already hosting people for the night who got stuck up there.

A small blip in the smooth motion of things.  But think about it, the three large supermarkets closed to Saturday shopping in Tod.  How could they open when the tills don't work and we all use cards to pay. My granddaughter out to find matches said airily when I offered cash, don't worry I have my card.  The young don't handle cash.  No matches, no open shops, so we rummaged around in drawers and came up with a gas lighter and I kept a candle burning all day - the Eternal light, the everlasting flame which was kept on the altar of the goddess Sulis in Bath.

I played servant to the fire in the wood burner, watching the small logs flare up into flames to die down again amongst the coals (non-smoke) and thought about the olden days when ice crystallised inside on the windows,  We have an Aga run by gas in the kitchen so cooking was perfectly alright.  But this is an old house with tall ceilings and draughts by the million, it was cold.  And yes I did think of all the people stuck outside in camps or on borders out in the freezing air and I counted my blessings.  They are you and me, an accident of birth left us fortunate, we should extend the hand of help and do something about them.

Thanks to the work of the engineers electricity was restored by 4 o clock, hot water, hot radiators, even television, which I haven't been watching but watched a film called The Mother.  Did not get a good review for this 2003 film I must admit I flicked over the sex scenes, not that I'm getting straight laced in old age but because I like Anne Reid as an actress.  What I loved was the relationship with her two children, elegant Londoners now living the life of well off selfish middle class youngsters, and then the daughter wanting to hit her mother in the face because she had it 'so easy' in her life.  Times change and it would seem not always for the better.  But that is straying down the avenues of feminism. 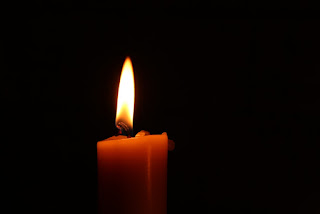 * I had great problems with saying Alnwick, thinking that it spelt Annech but though you hear my version the spelling is different.  Welcome to the English language.  It reminds me of the English vicar in Switzerland, who would always argue that  Cirencester (sai ruhn seh stur) was said ciscincester, he was wrong.