Rubbish and the disposal of.  Each day many of us sort our rubbish.  It stacks up next to our sink, plastic, tin and cardboard, it is then sorted into its relevant bag to be recycled. Perhaps the reason why we see so much plastic waste in the sea is because the plastic is not recyclable.  Blindly, as if led by fools, we still manufacture and use plastic, the supermarkets would be sunk if they did not have plastic and goodness knows what to wrap around their products.

Plastic: but according to National Geographic, an astonishing 91 percent of plastic doesn't actually get recycled. This means that only around 9 percent is being recycled.

Of the 26m tonnes of waste produced in the UK, 12m tonnes are recycled, and 14m tonnes are sent to landfill sites. This gives us an average recycling rate of 45%.

Recycling in other words could be a great con, made to make us feel happier for the other polluting practices we make.  This American article will give you the idea, simply put, if recycling doesn't pay its way it will just get dumped, and maybe it is easier for the environment (and cheaper) to just dump our rubbish in landfill.

I can't resist, Bullington Boy at his best, do you ever feel that he is just talking crap? It is a bit cruel I must admit, but he deserves it sitting next to David Attenborough with no mask. 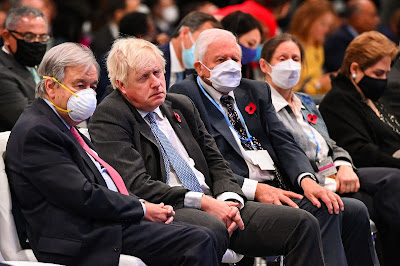 And a photo which is causing some controversy also, mostly about dating though.  The Nebra Disk, a prehistoric homage to the stars, sun and moon.  Crafted many moons away and still as stunning at it was when it first saw the light of day.  An online lecture on it from  Devizes Museum in Wiltshire. 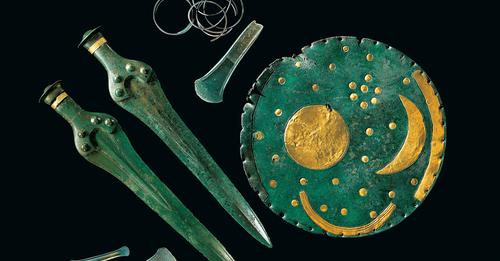 The Nebra Sky Disc (inscribed on the UNESCO Memory of the World Register) is the oldest concrete representation of the sky in human history. It is a testimony of the extensive networks of the Early Bronze Age reaching from the Atlantic to the Mediterranean seas. A new special exhibition in Halle, in co-operation with the British Museum, summarizes the research undertaken within the last 20 years. Outstanding loaned items from the Wiltshire Museum are to be seen next to the Mold Cape, the Danish golden ships from Nors and the golden hat from Schifferstadt.
BBC news on a new exhibition about Stonehenge, though of course the disk was found in Halle, Germany.