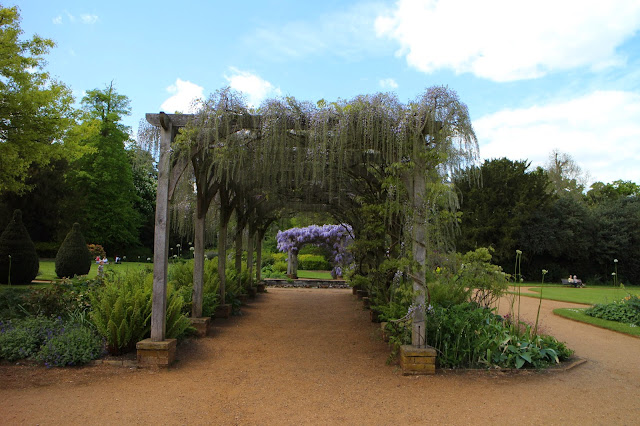 What can one say about wisterias. exuberant, flamboyant, sumptuous, almost beats bluebells in its colour.  Anyway we caught it at the right moment at Hylands House today.

There is a Chinese wistaria, also similar native Japanese and Korean - Wistaria Chinensis an American one -Wistaria Frutescen, which flowers later and after the leaf has developed. 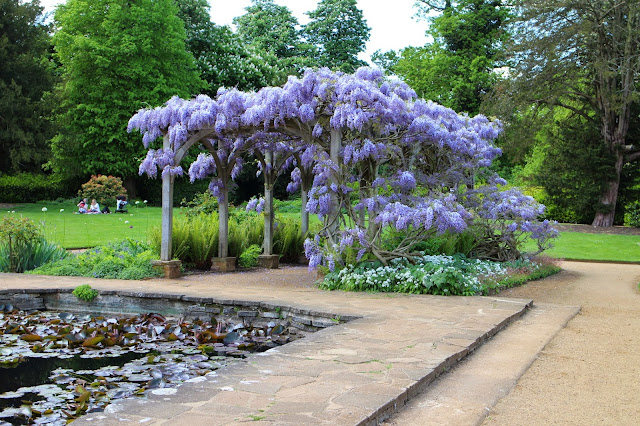 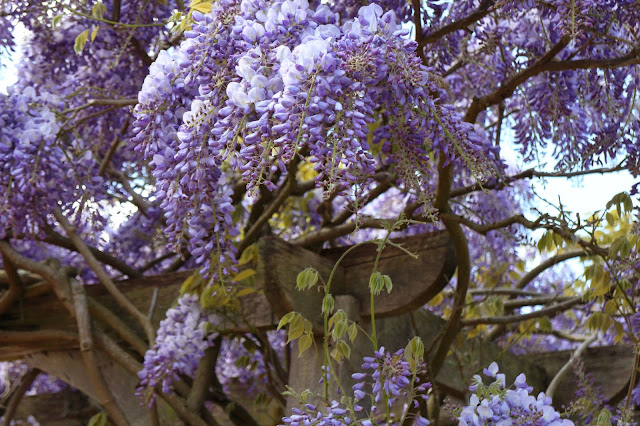 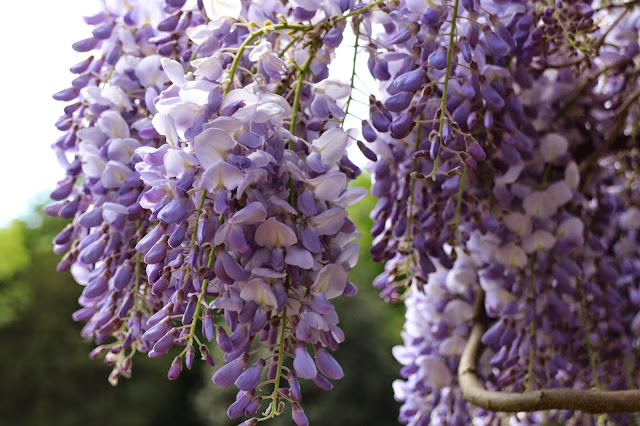 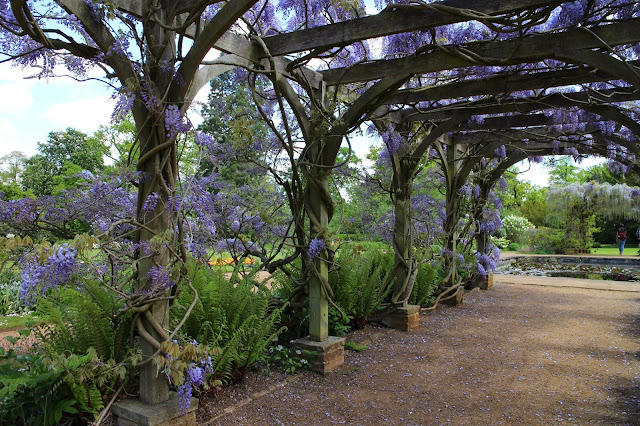 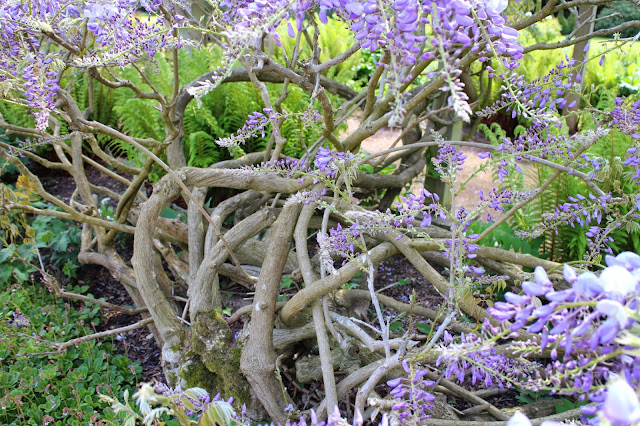 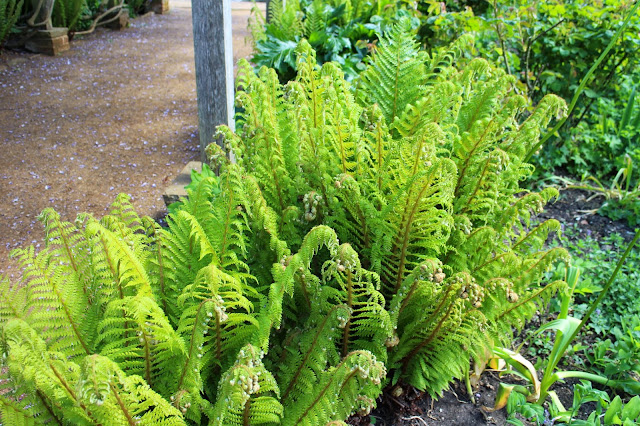 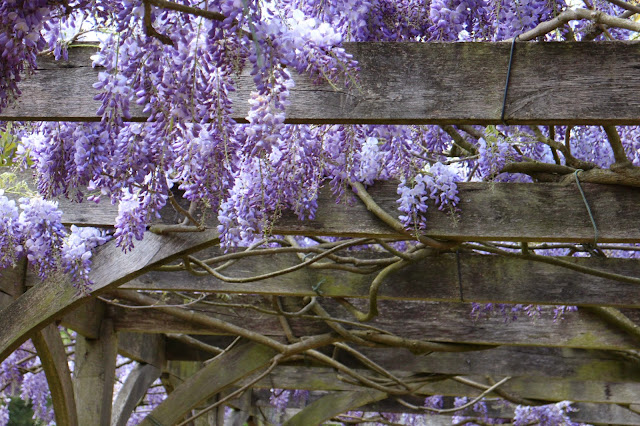 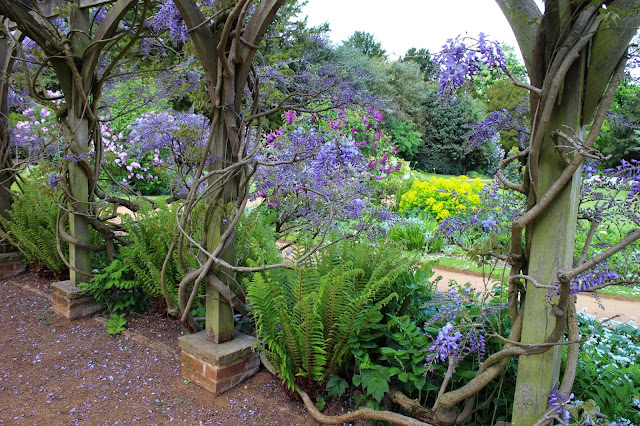 The first wisteria was brought into Europe by an English man named Captain Welbank in 1816. Apparently one evening in May 1816, Captain Welbank was invited for dinner by a rich Chinese dealer from Guangzhou (Canton). The dinner party was held underneath a pergola covered by flowering wisteria, which the Chinese called Zi Teng 'blue vine'.

No European had ever seen such a similar beauty and Captain Welbank convinced the dealer to give him some seedlings which he took back to England as a present for his friend C. H. Turner, from Rooksnet, Surrey. Three years later, in 1819, the wisteria bloomed for the first time and from there on rapidly spread to many gardens throughout the old continent.
In Italy the Wisteria is known since 1840.

Taken from Curiosity
Posted by thelma at Wednesday, May 13, 2015