Well apparently my new plant is called Eupatorium maculatum Rissenschitum. What a delicious mouthful, then I read up on it and it is a version of 'poke weed' which is not well received by some people in America.  When I found the picture of it...... 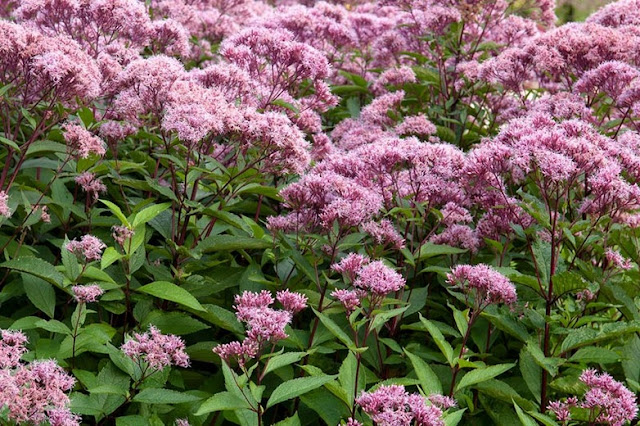 My first thought it is exactly like Hemp Agrimony, Eupatorium cannabium and of course it is from the same species, a wild plant I used to grow for butterflies. Less flashy I admit but doing the same job and no it has nothing to do with hemp or cannabis, just happens to look alike. 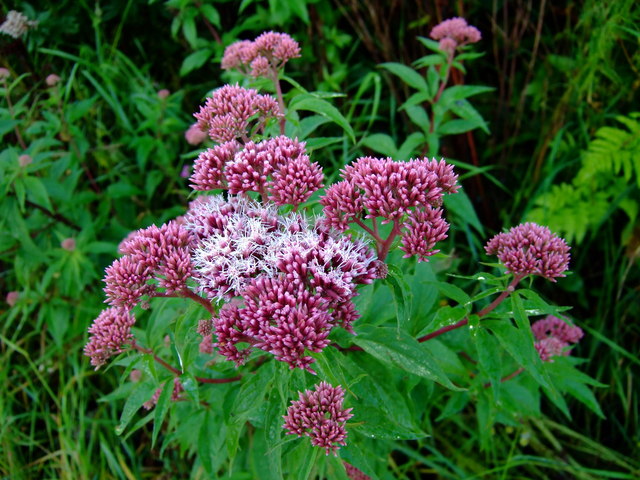 Grigson says 'a plant of no very strong personality or appeal, though mile after mile of roadside will be filled with the raspberry and cream of its flower'.  He has no taste it is a very pretty plant, not seen any in Yorkshire as I have also not seen that  lover of walls  down South the red valerian which decorates the old walls of Weston Park in Bath so beautifully.