Today I did the circular walk around the fields, which are muddy of course.  We followed the barn owl as he/she flew from post to post and the solitary heron flew over head.  Spring is a long time coming in the fields but daffodils shoot up everywhere.  Turning to Stephen Moss's Wild Hares & Hummingbirds I come across these few lines from John Clare's nature poem....

I love to see the old heath's withered brake
Mingle its crimpled leaves with furze and ling
Whilst the old heron from the lonely lake
Starts slow and flaps his melancholy wing,
And oddling crow in idle motion swing
On the half-rotten ash tree's topmost twig,

Well our solitary heron must have been on this stretch of river for years, they are like a relic from prehistory, with their crooked necks and long legs.  But what of our barn owls, not quite that snowy  pristine white you see in glamorous photos, no its feathers are touched with brown.  Two I saw this morning over the fields, and this one gracefully gliding just ahead. 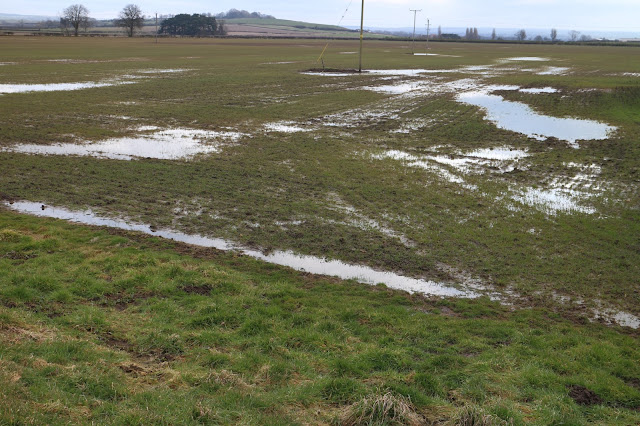 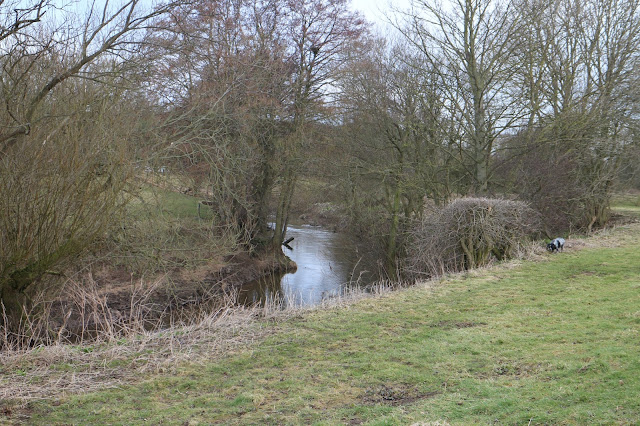 And the story of the little hare that sought sanctuary, always good as we get near Easter.


The story of Saint Melangell and her little hare. She was the daughter of King Cufwlch and Ethni of Ireland and she fled to Wales to escape a forced marriage. She settled in Pennant at the head of a valley, and whilst one day sitting in a clearing she heard the sound of a hunt, dogs and horses galloping up the valley. This was Prince Brochwael of Powys hunting hares. As she sat a hare came into the clearing and Melangell hid it in the sleeve of her dress to protect it. When it peeped out the dogs fled, and so the Prince gave her the land on which he hunted, and she lived at Pennant for another 37 years and no animal was killed in her sanctuary. Hares were known as wyn bach Melangell or Melangell's little lambs, and to kill a hare was an act of sacrilege.

This story is taken from "The Book of Welsh Saints" T.D. Breverton, and there are other versions of the tale. But at Llanfihangel-y-Pennant near Llangynog  this is probably the site of her foundation, because on the church's medieval rood-screen are little hares.