Hogarth may have popped his clogs, but you can rely on John Crace to see the funny side of things. What am I talking about?  Well it is Sir John Walker and his speech of freedom over a pint of milk.  I think he needs to buff up his essay writing and join the threads together, because he did not quite make sense but I am sure he was sincere. 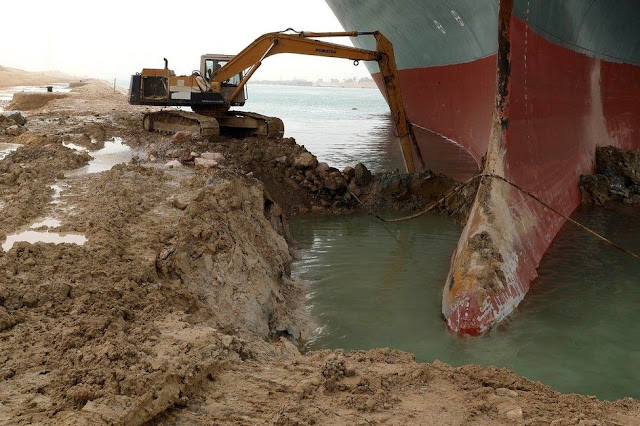 David and Goliath comes to mind.  Ever Given stuck in the mud of the Suez Canal.  Our need to ship everything around the world comes with a cost, enormous boats a bit like the enormous lorries we see on our tiny lanes.  Just read that it is cheaper to send salmon to fillet (from Scotland) to China then it is to do it at home !!!

What else, well maybe China will stop doing the dirty work of filleting salmon, as now it has put a list of British politicians on a sanction list of people who maliciously spread lies and disinformation.  I am not being trite here but Tibet of course comes to mind as the plight of the Uyghurs locked up in detention camps is highlighted by news of some calling this genocide.

It must be frightening to stand up for your principals against such countries as China and Russia, as their methods of getting even result in painful deaths.

The daffodils are blowing in a strong wind, except those in the shelter of the church wall.  The school bus goes by too pick up the children and my little cat is starting to respond to me touching him, so not all is bad ;)