Things picked up from the news 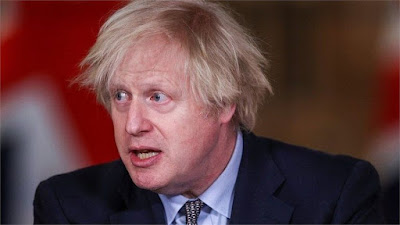 I don't want to frighten you first thing in the morning but doesn't the poor love look haggard, running a country is not  easy.  And then, to release on the news that  "The reason we have the vaccine success is because of capitalism, because of greed, my friends."

Though the words may have been taken out of context, foot and mouth come to mind.  For the moment I will allow Johnson to rest on his laurels about vaccination, but the EU have made a mess of it. But then I read that as far as the EU is concerned we have become a third rate country, no longer able to call the shots, see below....

No one is measuring the UK-shaped hole in Europe.

On that score, Johnson’s consequential victory was not the defeat of enthusiastic pro-Europeans, who had not been a dominant cultural force, but the annihilation of rational Eurosceptics. It was the banishment of moderate Tories and the scorching of earth beneath anyone who could see flaws in the EU but wanted to address them from the inside, because membership still served the national interest. The extinction of that tribe is a tragedy for British politics, but it is also a loss to the rest of Europe. And the cost has yet to be counted.  Rafael Behr is a Guardian columnist

And then there is of course the protest action against the bill going through parliament and the Bristol protest, which of course will only unite those for the bill.

“The loose and lazy way this legislation is drafted would make a dictator blush. Protests will be noisy, protests will disrupt and no matter how offensive we may find the issue at their heart, the right to protest should be protected.”

Perhaps when the pandemic slowly slides to a halt we should look at different views.  Rachel Reeves (Labour) writes in a heartfelt manner in the Newstatesman last week.  But I am not sure I can trust the Labour party not to skewer itself on its own politics.
Posted by thelma at Wednesday, March 24, 2021