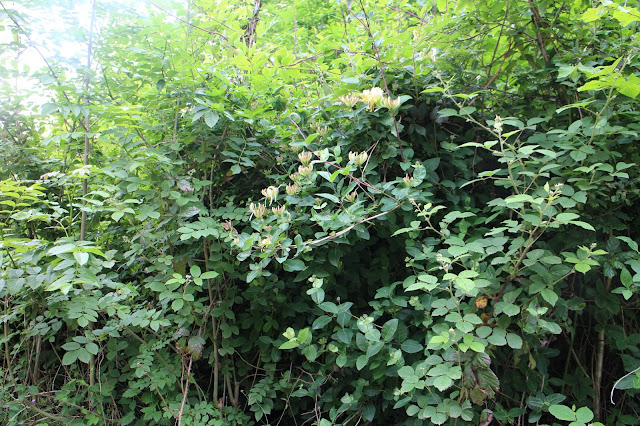 And so we have decided, the future awaits, the  adventure begins! LS has been up all night watching the TV and is now in a deep sleep in his armchair.  Honeysuckle in the hedgerows along with wild roses, the world is alive with beauty and takes little notice of the human world and all its contradictions.... Yorkshire was literally balanced on the edge of the cusp 51.9% leave 48.1% remain, so close, a country of two halves and the Prime Minister has just resigned.  I voted 'remain' but seemingly there were more people for out, let it be on their own heads if something catastrophic happens.....

We did quite a bit of walking yesterday, first around the fields, secondly to our polling station at Marton and then wandered round the village admiring the neat flower  borders to the cottages and then on to the trees down the forestry track.

I tried looking for a quote of John Ruskin in which he says the ways of the leaves on a  trees leave us a lot to learn, as they make way for each other in a particularly graceful way, let us hope that a country split down the middle can do this as well.

Edit; One thing seems clear after the end result, people over a certain age should not have been allowed to vote, cruel I know but it was not their future world, the young should have taken their future and voted for it, isolationism does not work.


"When you enter a grove peopled with ancient trees, higher than the ordinary, and shutting out the sky with their thickly inter-twined branches, do not the stately shadows of the wood, the stillness of the place, and the awful gloom of this doomed cavern then strike you with the presence of a deity?"
-   Seneca 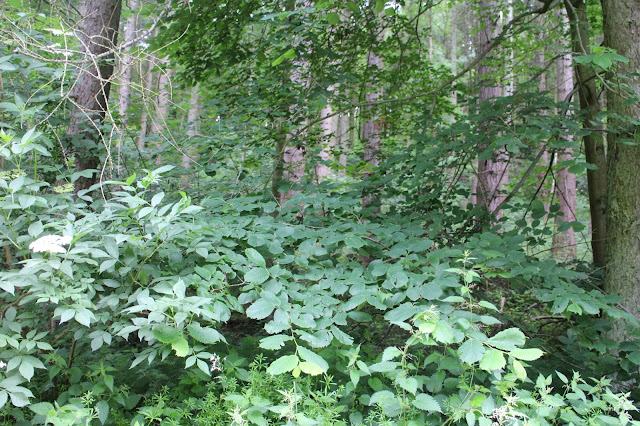 "And see the peaceful trees extend


their myriad leaves in leisured dance—


they bear the weight of sky and cloud


upon the fountain of their veins."-   Kathleen Raine, Envoi