Sunday and a barbecue

It was rather cold and overcast at the barbecue but 52ish people turned up, David, who is town crier at Malton, gave a speech in honour of the Queen's birthday.  The people who own the barn are newcomers like us, and we  all seem to sit round tables with our nearest neighbours.  Phil and Clare, the owners of the barn, had created a good setting, and the meat, all from a local butcher looked good, though I had the vegetarian sausages, everyone bought salads as well.  For afters, someone arrived with punnets of strawberries and ice cream, and then Clare produced delicious incredibly sweet puddings, which went pretty quickly.  The rain started to drizzle, so we left fairly early, what I haven't taken as a photograph is the four pretty Shetland ponies in the field  next to the garden. 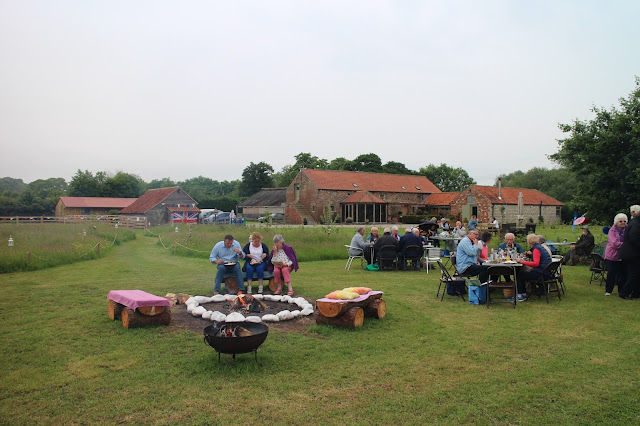 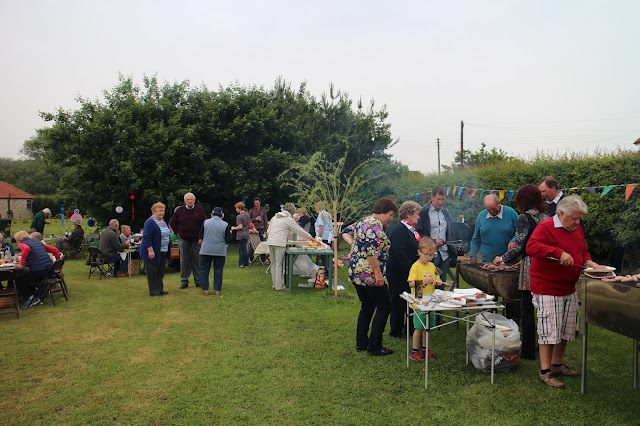 When we drove to Pickering on Friday, we passed on a triangle of grass a Romany gypsy encampment, must have come from  Appleby Fair.  He was a knife grinder, so the sign said, several ponies were tethered out on the verge grass.

When I look at Peter and David the church wardens my heart sinks for the church as the people get older and the congregation gets fewer.  There are several people who love the church, always trying to raise money for it, and yet what will happen to it in a few years time with the statistics showing  Protestant church attendance at a low.
Posted by thelma at Sunday, June 12, 2016