So hear we are, unrest in the country, our politicians not sure what heads they have on, but business amongst us all still goes on, what with a see-sawing pound and prophets of doom and gloom on all sides. My interpretation of all the events is not likely to make headline news but I note that there have two demonstrations by the people outside the House of Parliament in the last two days, one for backing Jeremy Corbyn as leader of the Labour Party and the other for the 'remain' young people to make a stand against the blight of Brexit that has been unwittingly forced upon them.  There is a (hopefully) gentle 'turning' of the people against politicians, their lies finding them out as they stand in public and deny half of the things that took us into this mess.... and weirdly there are some who voted for 'leave' now wishing they had voted for 'remain'?

First of all my camera refuses to load up to the computer, two hours later and it works!. my photos would show the crowds of people at Whitby, where we were yesterday packing up the cottage bits and pieces.  Hungry, we made our way down to the quayside for a shared small box of chips, Lucy had her share to but not the seagull that floated aimlessly in the water below us.  The day was dull and when we drove back in the afternoon, the rain settled in as it has for the last few days and will remain so.

Whenever the world starts to draw in I need to plant food against the coming storm, I look out on the lawn and wonder how much we could turn over for a vegetable plot, the hens of course would be a bit of a nuisance, but the eggs are in demand from some of our neighbours, and occasionally I wonder if there will be enough for us.  The money I receive, which they can choose to pay or not, goes towards the church.  I have courgette plants, tomato and cucumber all in pots, but the weather is a bit cold up here in Yorkshire.  There are two cold frames with lettuce in and some white sprouting for next year.

Lucy has just slammed the kitchen door for some attention, this is her trick of reminding us that life goes on in her part of the world as well, it can be a sign of petulance if she gets shut out of a room, or a need to wake us up in the middle of the night....

The first two are the narrow and Victorian confines of Sherlock's coffee shop, with its dark sombre air but very good coffee. 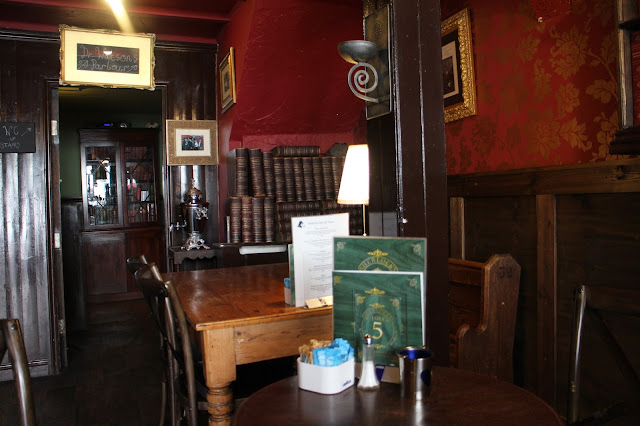 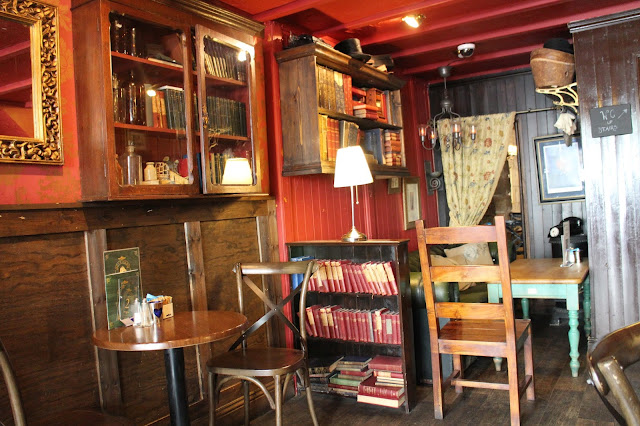 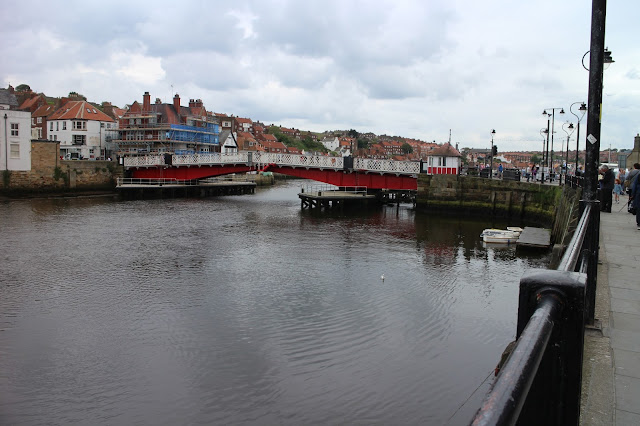