Well there I was saying I haven't seen a hare for months, when, as we drove along the narrow lane to Pickering yesterday a young hare leapt out and bounded along the road, making it to the safety of an open gateway and giving us a lucky thumbs up for the day.  We were off to Whitby to see the solicitor, the clouds were so low over the moors that it became foggy, and as we arrived in the town, long car queues at the top where they are widening the road, was also echoed as we drove very slowly behind the rubbish collection lorry in Flowergate.  Missed having a cup of coffee at Sherlocks, and had a manky coffee out of a cardboard cup.

Last night wandered through old photos of Whitby, it is the 'Southend' of the North, the narrow streets full of tourists, dogs of every size and shape from Pyreanean to chihuahuas.  It pulses with life, fish and chips places at every turn, tawdry shops selling gifts. Yet it has atmosphere, the old houses running higgledy-piggledy and tumbling down to the water's edge, its hidden yards are a delight.

The cottage is in a yard, but the yard is run down and looks a mess, one has rights over the yard but you do not actually own it. The yards devolved from the original houses, slowly selling off their gardens and so a jumble of houses congregated around a square.  The cottage is 18th century and features in a book on yards, being owned by two sisters years ago and was at some stage called Georgian Cottage.  It is tiny, but a dozen children could be brought up in these terraced houses, and they provided a sheltered life for the people who lived in them.  My photos are early morning when the crowds have yet to hit the streets. 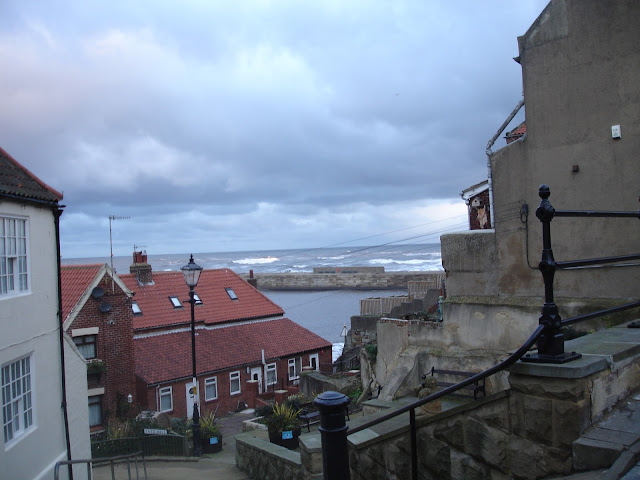 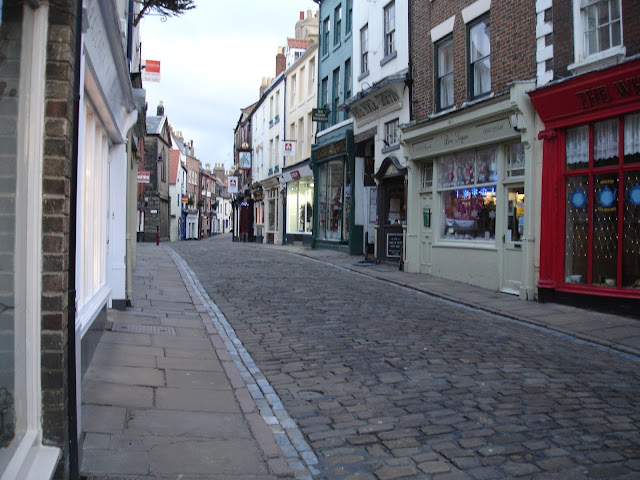 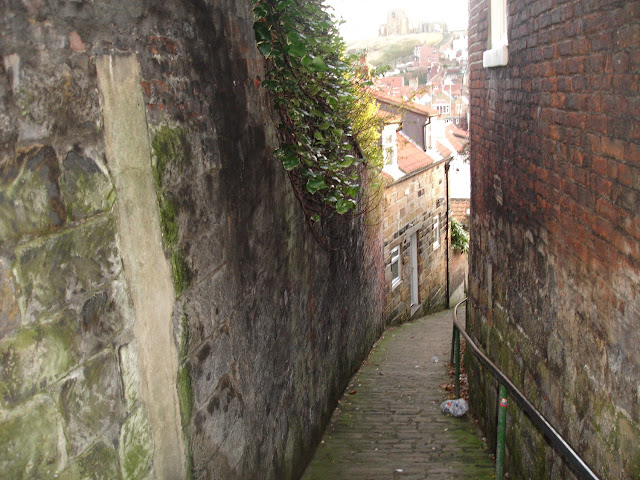 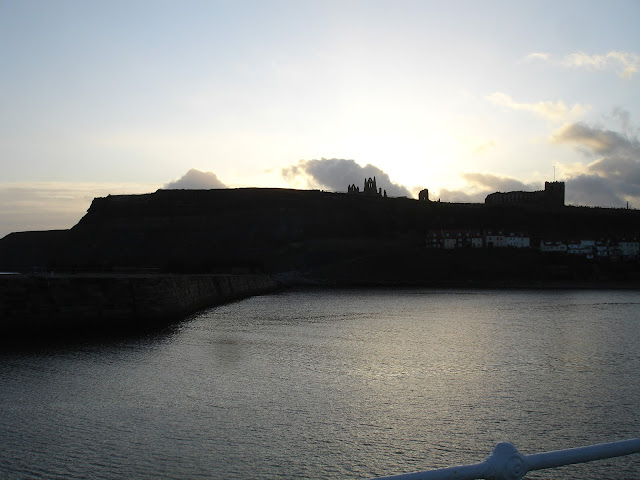 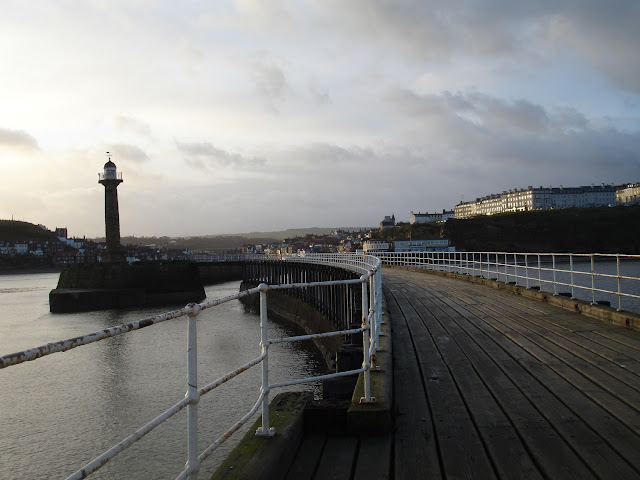