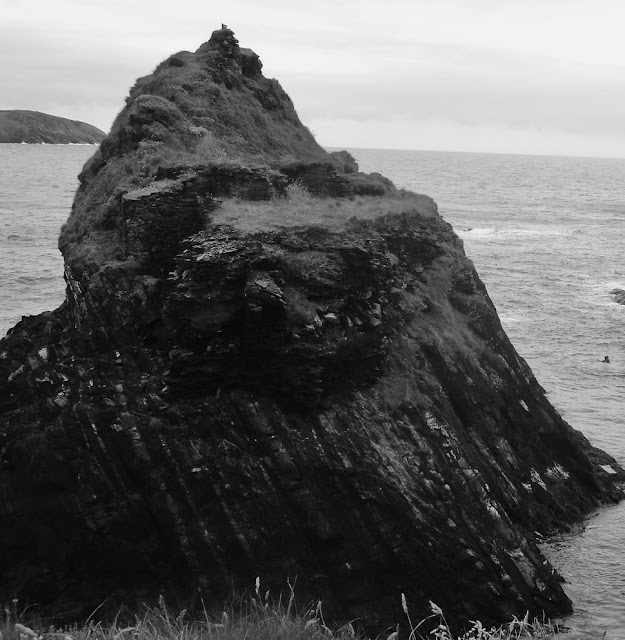 The Big Animal of Rock

Is kneeling
In the cemetery of its ancestors.

In its home
Among its pious offspring
of root and leaf.

among a solemn kin
Who visit each other in heaven and earth.

The canto
The rock
Sings

Deliciously macabre poem by Ted Hughes on this sunny day,  the first two lines hit the eye with such a vivid picture, and the rock photo by Fay Godwin accompanying  is like a great black whale escaping the clutches of the snow.  Trying to find a similar one, I b/w the above Aberridi rock with its vertical layering, it is actually a very dark rock, and the derelict miner's cottages here at the sea edge of West Wales are black as well. 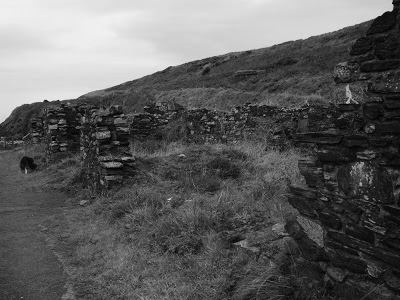 But to return to more mundane things, we are off to Whitby soon to get rid of more cardboard, and drink coffee at Sherlocks and shop.  Yesterday we put together the chicken coop and run, and now it sits rather self-consciously  in the back garden awaiting its small flock!