Yesterday I had a terrible drive to Scarborough, coming back in the dark, and rain.  I had offered to take a friend to hospital for a scan.  We set off at 3 just as dusk was beginning to settle.  It was a close call for timing an hour's drive found me in  enormous car parks, C jumped out of the car and headed for the main entrance, and I sorted out where I had to park.
We had thought of C driving her car with me as passenger, but the consequences of that was something I did not want to contemplate especially when........... she told me that her £25 winter check over had turned into £260 because the garage had found her brakes (hanging on by a thread?) not working.  She had deliberately been driving around with this because she was going to buy a new car in January and did not want to spend on the old - bless her.
The rain beat down as we drove back, and I sloshed through deep puddles of water that stretched across the road.  The amount of rain that falls is worrying and if changed to snow as winter arrives means a lot of us are going to get stuck.  Anyway she treated me to a meal in the pub next door, scampi and chips, and Lucy was happy with her portion of scampi/s?
Scarborough is a place I have never explored, probably due to snobbishness, not sure.  It has a long promenade front I think, but Whitby, and its charm always held our interest.  Never ask my daughter what she thinks of the two towns her estimation is quite cruel.
One of the things about Whitby, and continuing Pat's talk of dog poo, is that Whitby is the dog capital of the North.  Everyone brings their dog there and you will see practically every breed, dog sxxt is cleaned every morning by the council but is run by the unscrupulous council of Scarborough I think.  You thought that it was just central London was corrupt, come up North. 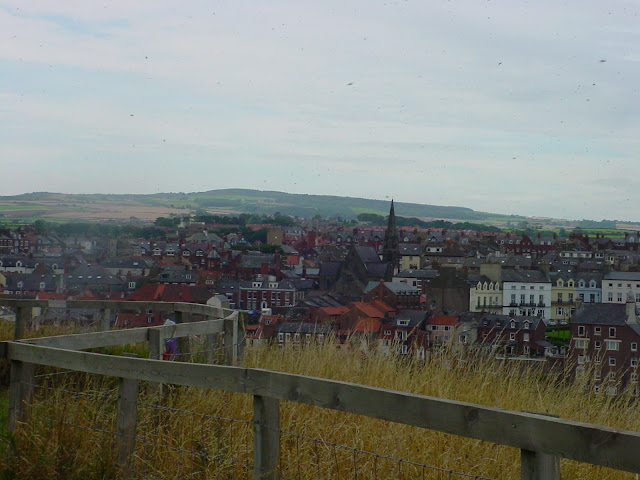 Whitby is a town with too many churches but then it is also the Goth centre of England, take your pick! 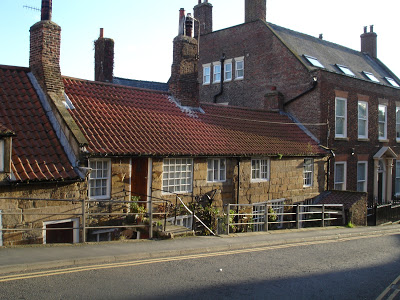 Three churches lie at the bottom of Brunswick Street jostling each other for space.
Yes I miss Whitby but not its hills....

Comments have been restored thanks to Rachel and me looking once more at the instructions properly.
Posted by thelma at Tuesday, November 26, 2019